Cut your food, not your fingers— that’s the slogan for a new kitchen product on Delmarva.

RJ Batts isn’t your typical 14-year-old kid. In the thick of his adolescence, Batts is attending Parkside High School while running a small business with the help of the Salisbury Area Chamber of Commerce’s Young Entrepreneurs Academy.

The academy, also known as YEA!, is a six month after school program that teaches middle and high school students how to start and run their own real businesses. The academy was developed at the University of Rochester in 2004 with the support of a grant from the Kauffman Foundation and the Salisbury Area Chamber adopted the program last year.

According to Sophia Smecker, YEA! is able to guide high school students through the process of starting and running a legitimate business or social movement over the course of a full academic year. As of 2013, YEA! has graduated 1,394 students who have started over 1,000 businesses and social movements!  YEA! graduates started as students, and left the program as CEOs of their own companies!

“Last year we had an extremely successful first year,” Smecker says. “We had 24 students in our class and we had 14 businesses that came out of the program and those are 14, real, fully functioning businesses, and these middle and high school students actually have their business licenses.”

Batts is no different. He came to the program with a prototype for his invention and the drive to succeed. The product is called Tip Tough, a finger guard that protects your fingers while you’re cutting food in the kitchen. Batts was inspired by his dad who is a chef and often came home with cuts on his fingers.

“He came home with a really bad cut one day and he had to get stitches and I decided that needed to stop,” Batts says.

Batts’ original product was made from 3D printed plastic and later turned into a stainless steel model, with prongs on the bottom to hold foods like baby carrots, cucumbers and celery. According to Batts, he has spent countless hours working on this project, on top of his normal school day. Although he admits it’s a lot of work to juggle, he says it’s all worth it.

“It’s a lot of time and effort but you can’t give up on it. You have to keep on pursuing it.”

The Tip Tough can be found on tip-tough.myshopify.com, in addition to Kitchen Concepts and Joe’s Gifts. 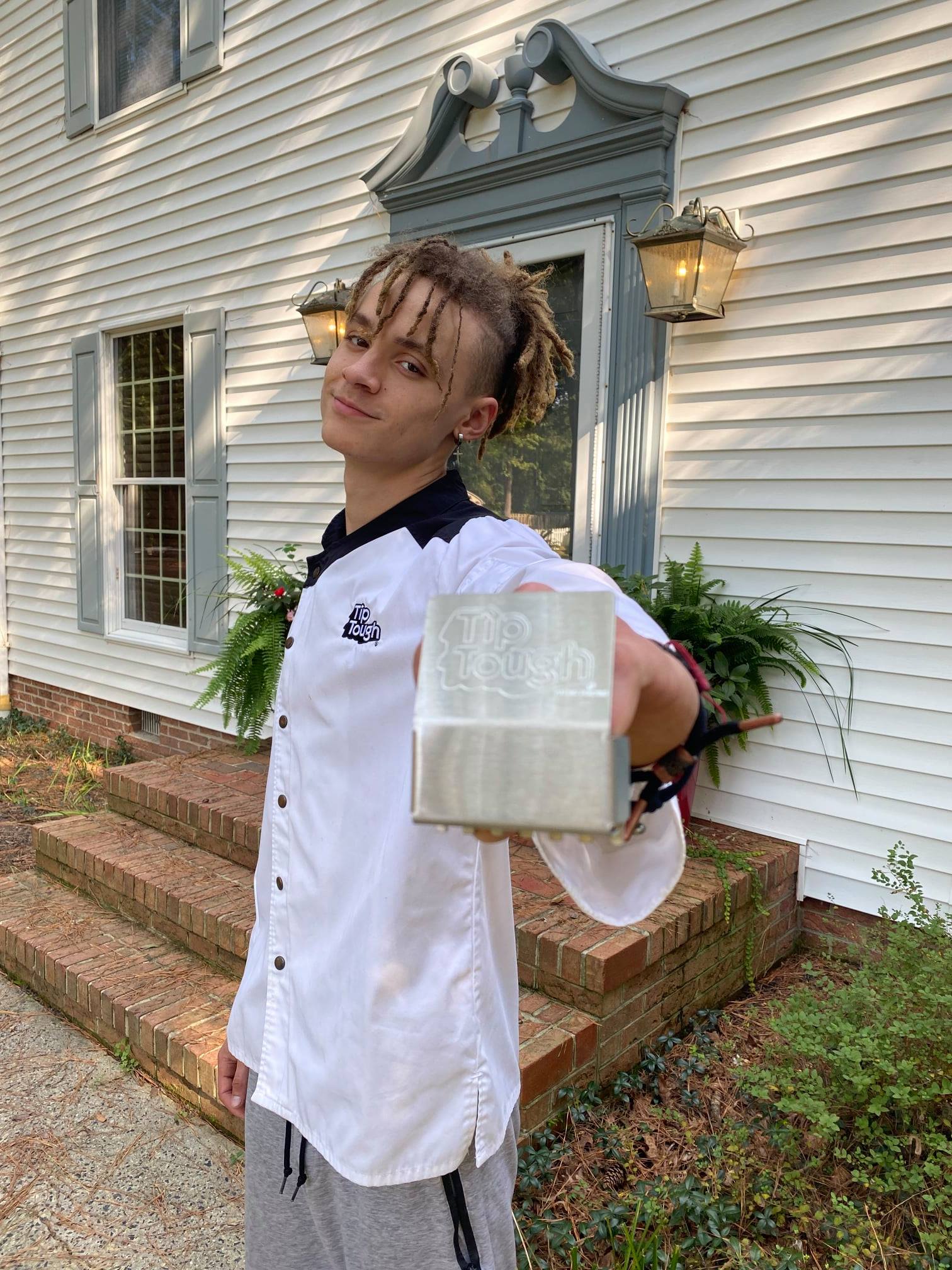 Salisbury’s RJ Batts is getting ready to pitch his Tip[...]

We’re focusing on back-to-school lunch, but not what we pack[...]

On Today’s Show: Menopause is a natural biological process than[...]