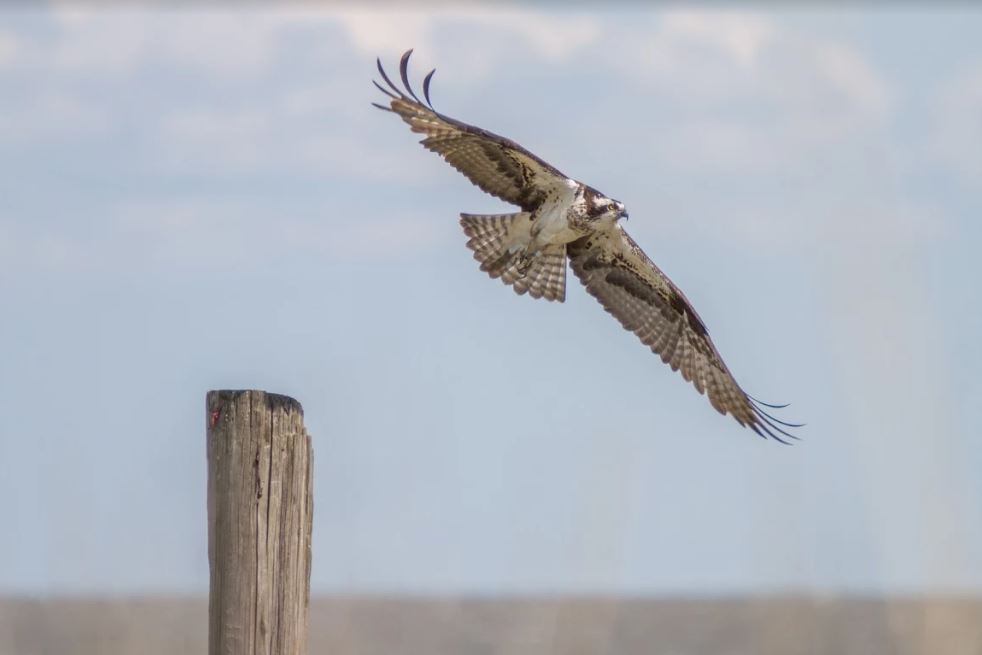 Ospreys, goshawks, colonial waterbirds and black skimmers are just a few of the many birds you may see on Delmarva.

Dave Brinker, who works with Maryland Department of Natural Resources Wildlife and Heritage Service, can tell you that first hand.

Brinker fell into his avian career as a young man finishing up his undergraduate degree.

“I was fascinated with wildlife and animals from day one,” Brinker recalls. “My mother had a son who was bringing snakes into the house and everything else and birds just became fascinating so I started working on birds and I’ve been at it ever since.”

After graduating college, Brinker knew two things: he wanted to work with birds and he didn’t want to sit behind a desk all day.

A typical work day for Brinker is far from the ordinary. There is no standard day ‘in the office’ for someone in his line of work because of the many different projects MD DNR’s Wildlife and Heritage Service works on.

“That’s one of the beauties of the job. You know, one time you’re working on colonial waterbirds in the coastal bays, another time I’ll be working on a forest nesting rapture called the goshawk in Western Maryland, I can be in the Potomac River with another set of ecologists pulling fresh water muscles for a translocation effort…so it’s a lot of variety.”

With such variety comes a lot of exposure. Although Brinker has seen a lot of birds in his lifetime, he can’t quite pinpoint a favorite, claiming they’re all fun to watch. Not only is bird watching part of his job, it’s also a huge part of what he does in his spare time.

“I work on northern goshawks for the department as part of my job and also sort of as an advocate in my spare time,” Brinker says. “Some people go fishing, I go band goshawks.”

In addition to working with goshawks, Brinker also works on a little owl called the [northern] saw-whet owl, which he has banded every fall on Assateague Island for the past 26 years. Brinker says this migratory owl has a cute aspect to it that attracts everybody. Brinker also works on pelicans, black skimmers and other birds of that nature.

The birds Brinker bands and watches on any given day can change, much like the location of where he is banding and watching. Brinker works all over the state, from Garret County to Worcester County depending on what project the organization is currently working on, although the majority of his time is spent down on the Delmarva and in the Chesapeake working on colonial waterbirds more than anything else.

“Being outside is the favorite part of my job,” Brinker says. “I’m not a person who likes to sit still, behind a desk, so going out and seeing the variety of wildlife that we have in Maryland and doing what I can to help conserve it, so Maryland’s just got a healthy community of wildlife is what it’s all about.”

Ospreys are one of the top predators as far as birds go on the Delmarva Peninsula, with the bald eagle coming in close second.

According to Brinker, both the osprey and bald eagle are fish eaters and they have both gone through serious declines because of previous use of DDT, a pesticide used to control insects, by society. Now that DDT is no longer an issue, populations are recovering. 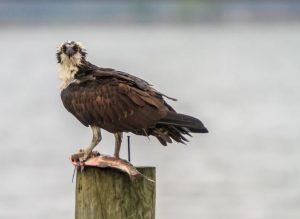 Both the osprey and bald eagle are fish eaters (Photo: Jon Lloyd Jr.)

Brinker says these two predators are very good examples of the health of the bay, claiming if they’re doing well, conditions in the bay are improving from what they were many years ago.

According to Brinker, ospreys arrive on Delmarva late February, early March every year, from Central and South America where they were snowbirds and spending the winter. Ospreys go through seasonal breeding on Delmarva, build their nests, raise their chicks and then around early September, they start heading South to the warm countries so they can make it through the winter and come back to breed again.

In the course of their lifetime, ospreys spend a lot of miles flying back and forth from their breeding areas to their wintering areas. Brinker says it’s estimated that in the lifespan of a normal osprey, which is 15-20 years, the longest record osprey is like 25 years old, they can travel about 200,000 kilometers. 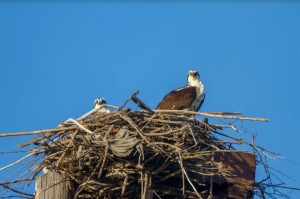 In the course of their lifetime, ospreys spend a lot of miles flying back and forth from their breeding areas to their wintering areas (Photo: Jon Lloyd Jr.)

DelmarvaLife has put together the top five stories of 2015[...] 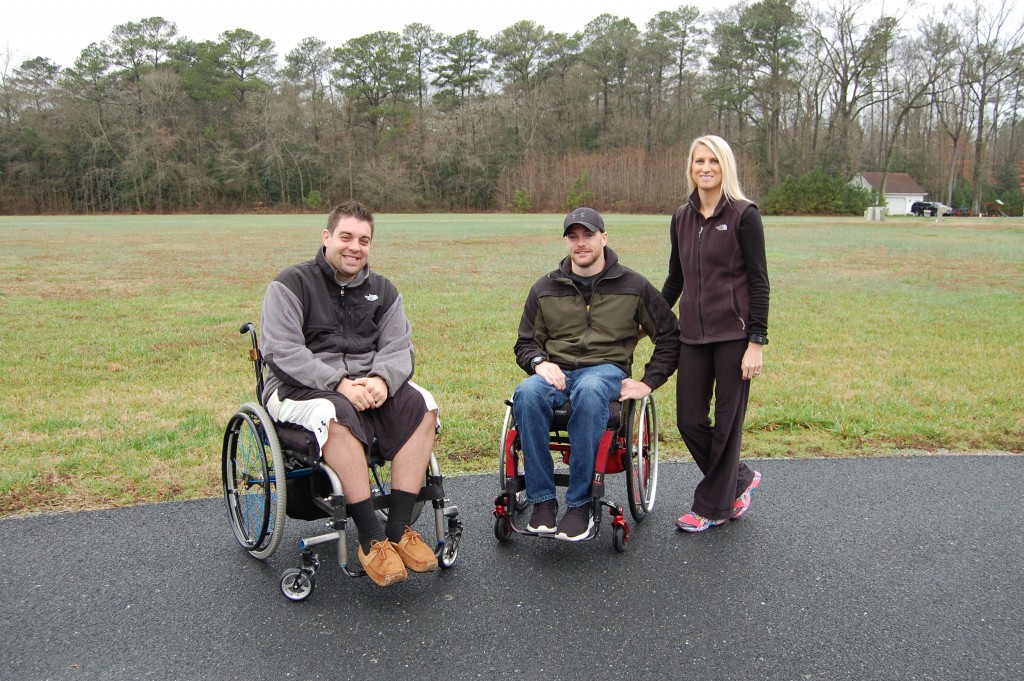 Anthony Greene's life was changed about nine years ago. A[...] 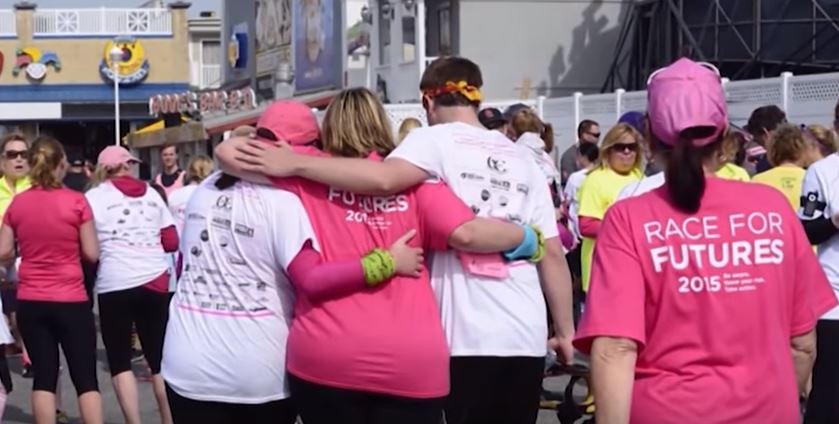