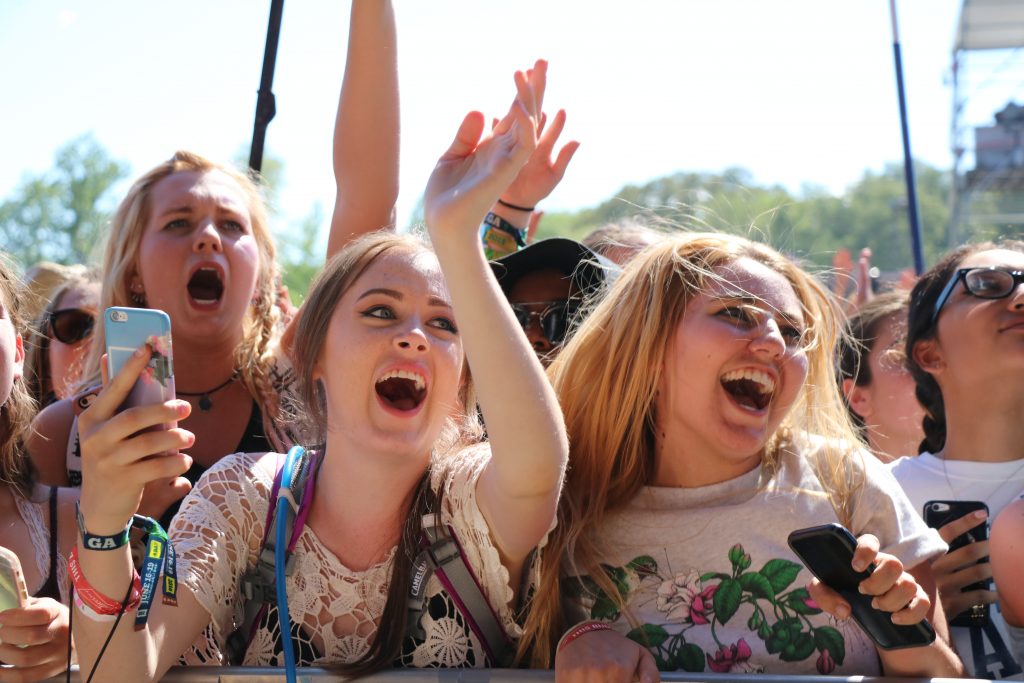 There are many things to experience at the Firefly Music Festival. Everything from people wearing headphones and dancing to the beat in the Silent Disco, to relaxing and dozing off for a bit in the Hammock Hangout.

There’s also the food, the drinks, and of course, the wide variety of great music. Whether you are a Firefly newcomer or a seasoned vet, there is something for everyone to see and do.

Mike Greco and Jesse Berdinka are two of the people responsible for how fans experience Firefly. They’re self-described “super fans” who took their passion for the festival and turned it into a job with the organizer, Red Frog Events, which took notice of the two men after the first Firefly Music Festival in 2012. 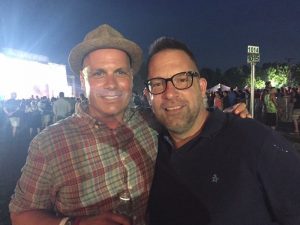 Greco, who is from the Philadelphia area, says he wanted to immerse himself in Firefly that first year. He wanted to know anything and everything about the festival, the bands, and what to expect, so he thoroughly went through the Firefly website and began interacting with other festival goers on social media.

“I found myself automatically answering their questions,” Greco said. “All of the sudden people began to think, ‘Oh, he’s a guy in the know.’”

Berdinka, who was born at Dover Air Force Base and grew up in Sussex County, says he he was excited when he heard a festival like this was coming to his native backyard. Like Greco, he attended the first year as a fan and afterwards wanted to know how he could become more involved. Now the two men help make sure other people enjoy Firefly as much as they do.

The biggest thing for both is communication. They want to hear what people loved, didn’t like, were disappointed with, and any and all suggestions for improvement.

“No matter what it is, you have to address them,” Berdinka says.

“It allows people to walk through the gates and feel like they’re more than just a fan,” Greco says. “They actually have a stake in the fan experience.” 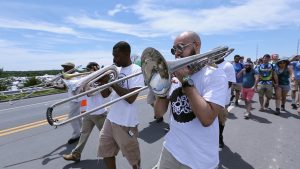 The “New Sound Brass Band” leading a parade of festival goers to the main entrance on day two of the festival.

Another new addition to the fan experience this year was the sound of a marching band making its way through the campgrounds each day, to lead a parade of fans into the festival. The “New Sound Brass Band” is a Philadelphia style brass band, as opposed to the more commonly known New Orleans style, and Berdinka was a driving force behind getting them to the festival. The idea was to help connect the festival and the campground.

“There was an awkward silence from the time you left your campsite til you got to the gate,” says Greco. “New Sound filled that in.”

Berdinka says that for Firefly 2017, not only will the New Sound Brass Band return, but there will be a tuba in each campground to wake up festival goers. Why? Berdinka and Greco say there is nothing better than a good tuba solo.

These men do not look at what they do as a job. They love Firefly, they love their fellow fans, and they want to make sure everyone has the best experience possible. They also love interacting with first time Firefly goers, who are super excited, but have never done anything like this before.

“It’s a real big thrill to be able to say, ‘OK, here is the information you need. You are going to come here and, by the way, you are going to have a fantastic time,’” says Berdinka.

The experience does not stop with Firefly, however. Seeing each other for four days in June just is not enough for Berdinka and Greco. So throughout the year they help organize concert meetups with friends they have made over the years at Firefly, and sometimes they even travel to other festivals together. Their biggest event, though, is Winterfly. 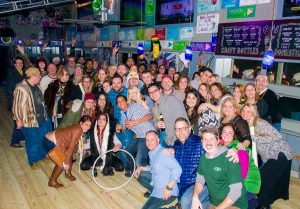 Winterfly came about after the 2014 festival when Berdinka and Greco decided to invite the friends they have made over the years at Firefly to Rehoboth Beach for a weekend. That first year they had 75 people come, far more than they expected. There was a large gathering to welcome everyone, house dinners, and a raffle at the Starboard in Dewey Beach that raised $1,300 for a local school.

For Berdinka and Greco, Firefly is about much more than just the music; it is about the entire experience you have while you’re there. But they don’t want it to stop when people pack up and leave the campground on Monday morning. They want people to walk away feeling connected to the festival and people they meet, and they will do anything and everything they can to make sure that happens. 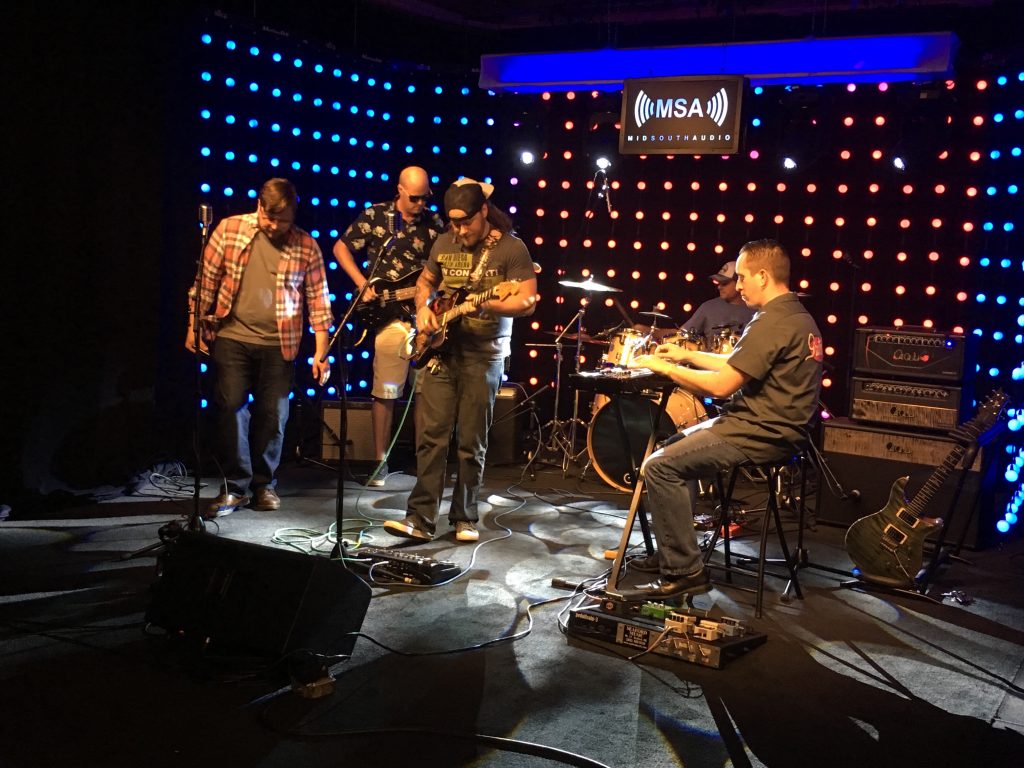 The Wet Bandits Perform “Your Girl” and “The Whistle Blows”

The band on the Mid South Audio Stage describes themselves[...] 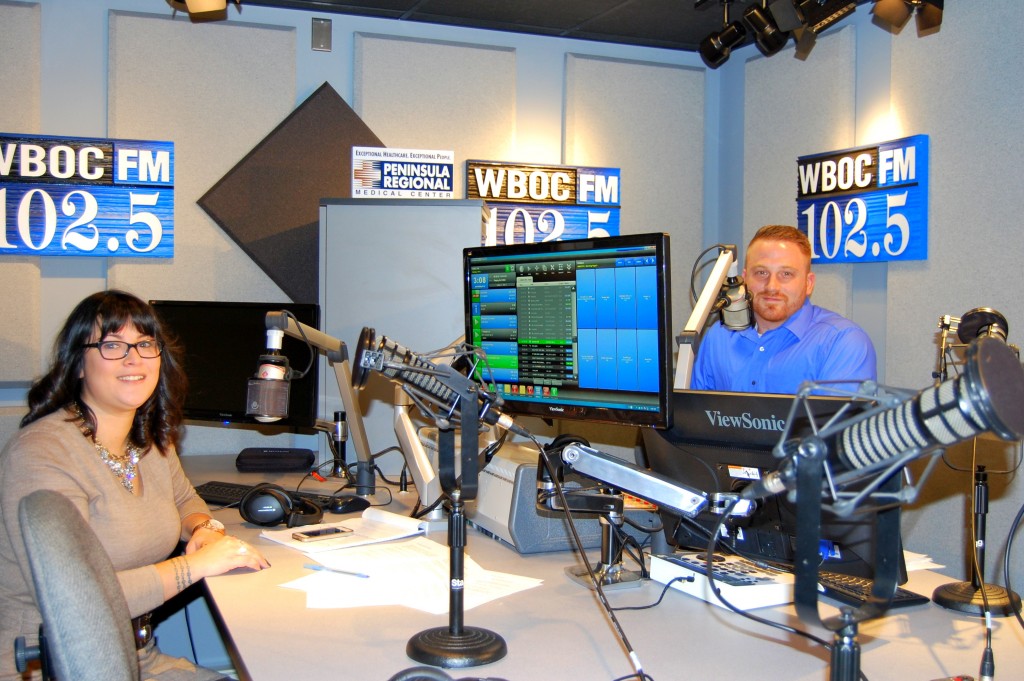 WBOC returns to our radio roots as celebrate the official[...] 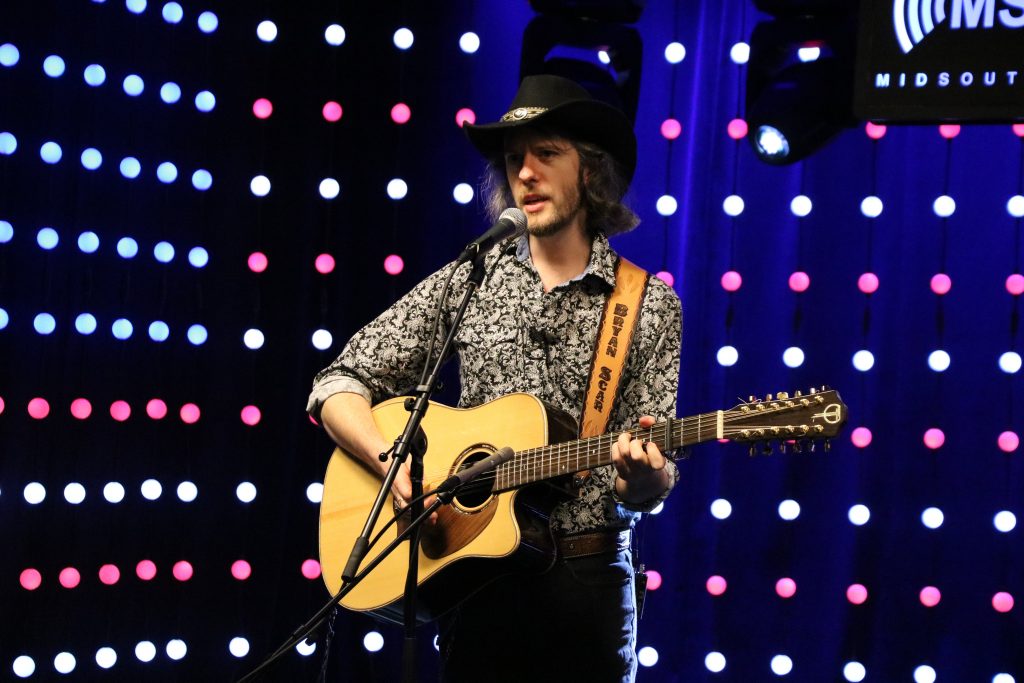 We are on the Mid-South Audio Stage hanging out with[...]