Slot Fish: Releasing the Catch of a Lifetime 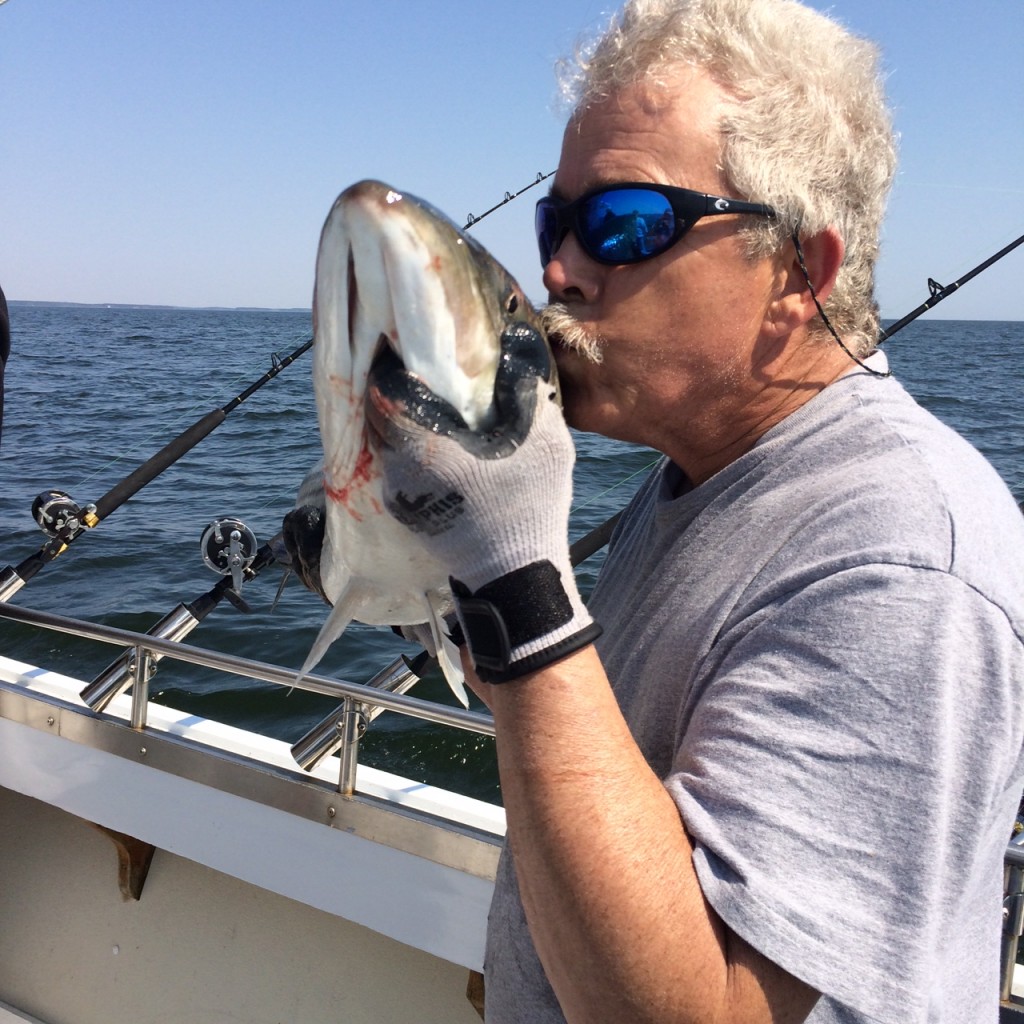 Through back slaps, handshakes, fist bumps and aching muscles Tom Holt grinned ear to ear. Fellow anglers aboard a charter boat in the Chesapeake Bay congratulated the 78-year-old Salisbury resident on the catch of his life! Holt had just reeled in a striped bass more than 3-feet-long. It was the largest fish he’d ever caught and it put up one heck of a fight. But the celebration was short-lived when someone cried out “slot fish.” 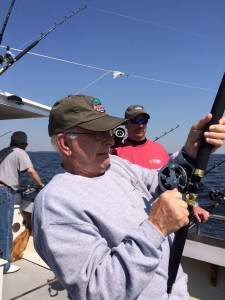 Quickly, other anglers aboard the Tina Louise got out of the way so Captain Larry Tawes could hand the elderly angler the trophy fish for a quick picture before releasing it back into the bay. Seconds count. The faster the fish is put back in the water, the better the odds that the striped bass, also known as a striper or rockfish, will survive the stress of being caught. At 39-inches-long, this trophy would have gone into the cooler last spring. This year the massive fish is not legal. The rules have changed. 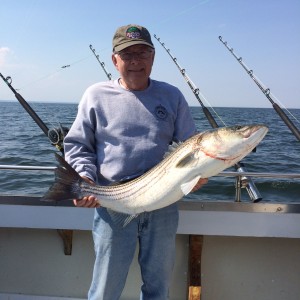 Slot Fish about to be released

The Maryland Department of Natural Resources issued new striped bass regulations for this year’s trophy season, which began in mid-April. As in previous years, fishing is restricted to the Chesapeake Bay and Tangier Sound until June in order to avoid catching fish that are spawning in the rivers and creeks which feed into the bay. Each angler is permitted only one fish per day, and that fish must be at least 28-inches-long. So why was a man who just caught the biggest fish of his life forced to release it when it was 11 inches longer than the minimum requirement? Because new regulations require anglers to release any rockfish between 36 and 40 inches in length during the spring trophy season, which runs through mid-May. DNREC announced new fishing rules for striped bass as well.

“It’s a game changer,” said Captain Tawes, who’s been fishing the Chesapeake his entire life. Fish that fall between 36 and 40 inches are considered to be “in the slot,” according to Tawes.

“This is the sixth slot fish we threw back today,” he said.  It’s tough to see these guys come out here and catch the biggest fish they’ve ever seen, only to be told they have to let it go.”

The idea behind the so-called “slot” is that stripers this size are the most proficient breeders. Releasing them is an effort to enhance the fishery, giving those fish a chance to survive, spend a year in the ocean, and return again next spring to spawn again in the Chesapeake’s tributaries. It’s not the only rule change affecting striped bass anglers this year. On May 16, anglers may keep two fish that are at least 20 inches in length. Only one may be more than 28 inches. But that minimum 20 inch “keeper” size is up 2 inches from previous years.

Back aboard the Tina Louise, Captain Tawes and his mate put trolling lures back out in a spread behind the boat. Twenty-one rods in all are used to entice the fish.

“We’ll just have to catch a bigger one,” says Tawes, as he puffs on a cigarette. “Besides, when you catch ‘em later in the day, they’re fresher.”

This evokes raucous laughter among the 11 anglers on board. Tawes is as much an entertainer as an experienced charter boat captain. He makes sure his angers have fun, and catch fish.

By the end of the day, every angler aboard the Tina Louise had boated a trophy. Of the 12 massive fish caught that day, seven so-called slot fish were released. The five that went into the cooler included a huge 44-inch rockfish. These fish are so big that at the end of the day, five keepers provided enough meat for every angler to fill a gallon ziplock bag with enough fish to feed their family. 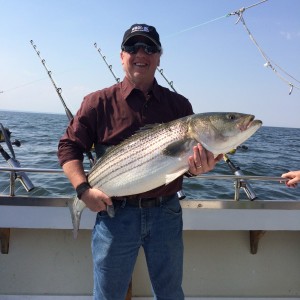 A delicious pasta that's quick and easy - especially when[...] 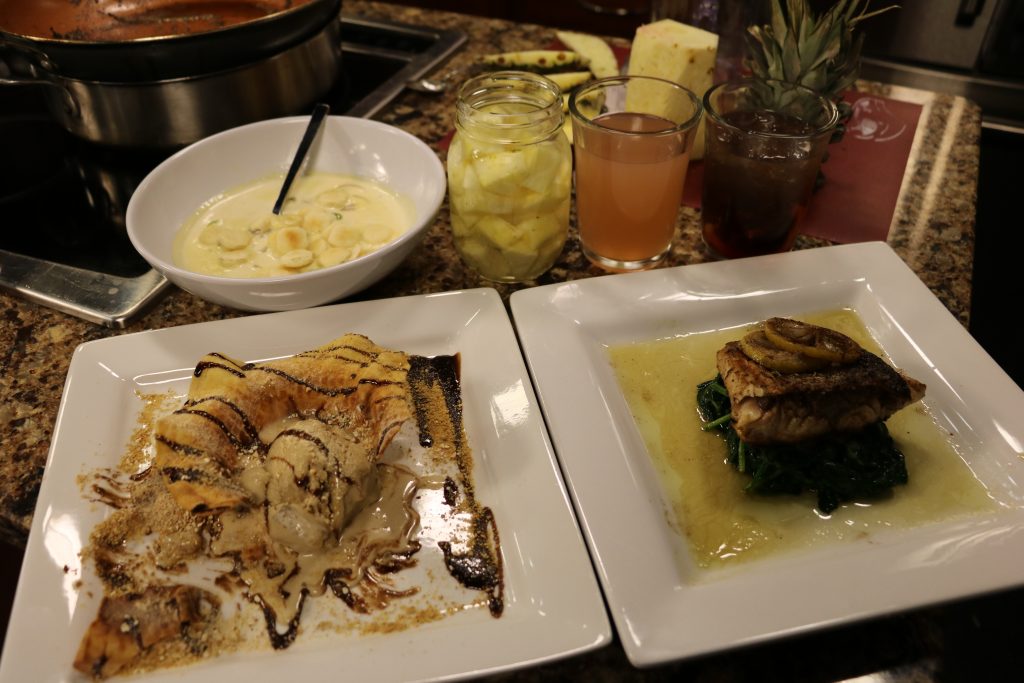 We're getting an oyster shucking lesson! Chef Charlie Moronski from[...] 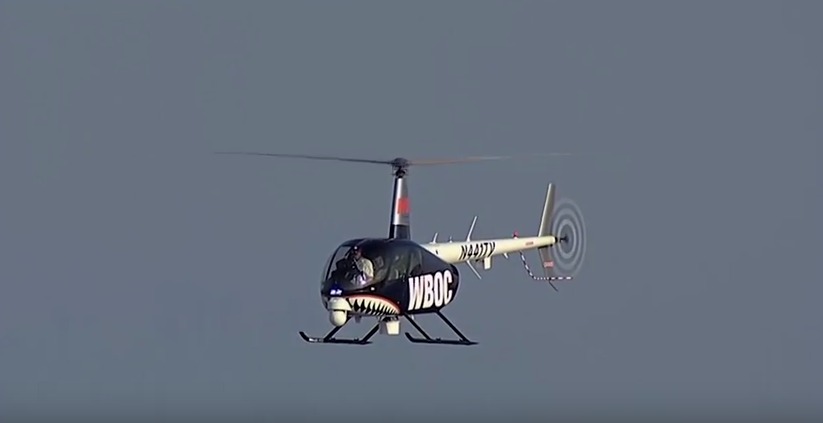 WBOC Big Secret Reveal That’s Going to Blow You Away

Have you all seen this promo on TV yet? Views[...]