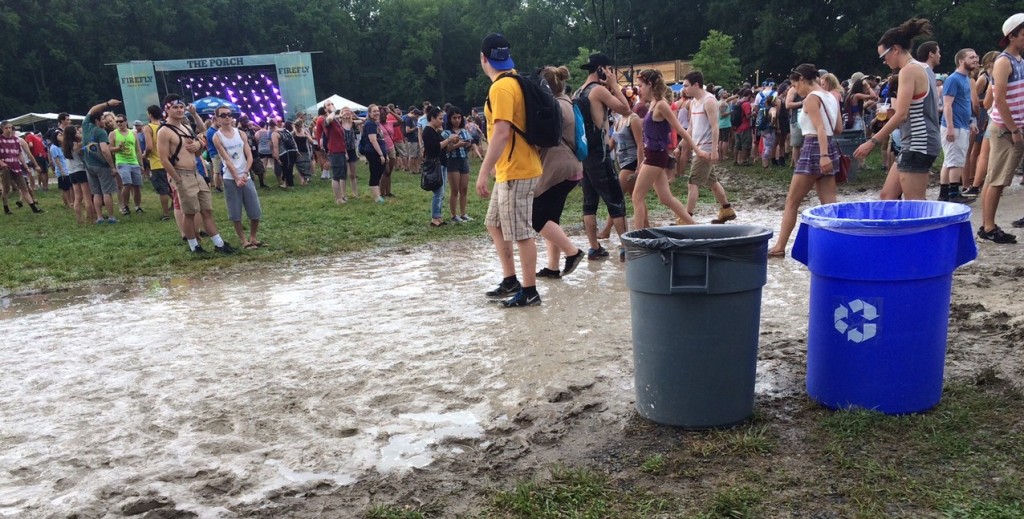 Well, it was an exciting and exhausting day wandering around the festival and campgrounds on the first day of Firefly. Thursday morning, we left the station at 8 a.m. and headed up to Dover, Del. We sat in minimal traffic and we were happy about that. However, we were placed in one of the campsites that was farthest away from the stages. Another factor that interfered quite a bit with our morning was the rain. It was pouring when we arrived in Dover, but we didn’t let that damper our moods. The car may have gotten stuck a time or two, but we made it! One anxious car ride later and next thing you know we were unpacking our car and setting up our tents (the most challenging part so far). We put tarps underneath our tents, which I strongly recommend doing, especially when there is so much mud. My feet were caked in mud, but the puddles in the parking lot made it easy to wash them off. After unpacking our equipment, we went our separate ways as we headed  to the festival grounds.

Although the performances didn’t start until 5:30 p.m. Thursday night, it was fun to explore the “experiences” set up all around the stages on the festival grounds. However, we weren’t allowed in until 5 p.m.

For those of you who aren’t familiar with TOMS, it is a shoe company that donates a pair of shoes to children in need for each purchase of shoes made. I had spoken to the TOMS crew before the festival and they were eager to meet our team and share a fun-filled festival weekend with us. At Firefly, TOMS was back for another year to hook up festival goers with the coolest pairs of shoes you could imagine. Those who purchased a pair of TOMS shoes on-site were able to work with expert artists to customize their one-of-a-kind kicks. What was even better? For every pair of shoes that were purchased at Firefly, TOMS donated a pair of shoes to a child in need as part of their One-For-One Movement.

Since we had been traveling for the majority of the morning, I had forgotten to eat. Being super hungry, I headed over to the food vendors. The dining at Firefly wasn’t what you would expect at a music festival. The festival brought a variety of food options to Firefly to provide a well-rounded experience for its many attendees. Firefly’s main goal: to fuel its festival goers all weekend long. They provided some healthier options, including vegan and vegetarian choices amongst others. Don’t get me wrong, there was plenty of unhealthy food – which I plan to eat throughout the weekend. 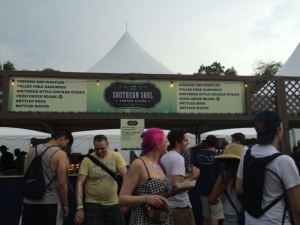 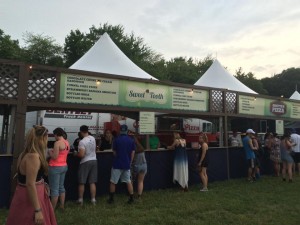 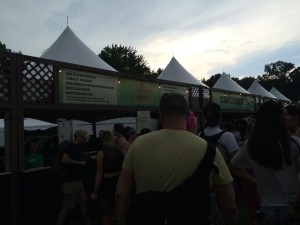 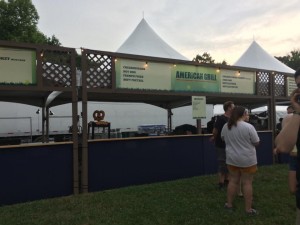 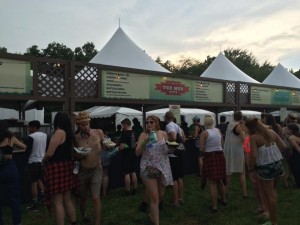 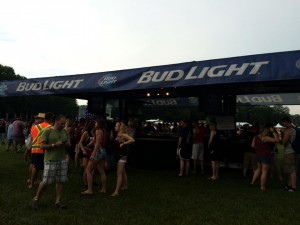 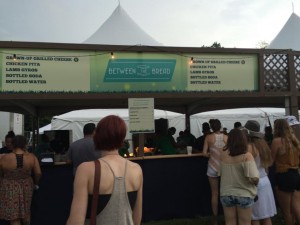 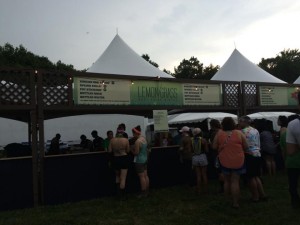 At this point in my day, I’m realizing time is slipping away from me. That’s what they always say—time flies when your having fun. Speaking of fun, I attended a wedding today! Yes, right here at The Woodlands, I witnessed a wedding. 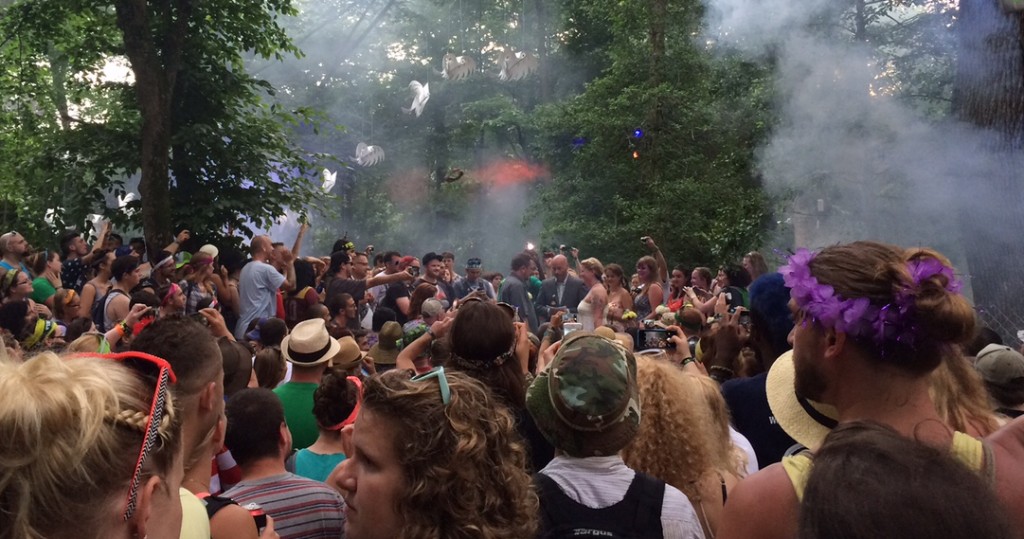 There were three acts at 5:30 p.m. and if you’ve never been to Firefly, here’s something you need to understand. There are four stages at the festival, The Lawn Stage, The Backyard Stage, The Pavilion Stage and lastly, The Coffee House. In order for each stage to not interfere with the other stages, the stages are quite distanced. I wanted to make it to all three acts at 5:30 p.m. – Young Rising Sons, Cypher Clique and Jack Novak – but as you can imagine, that gets a little difficult. I was able to catch Young Rising Sons, who I had never heard before. I enjoyed them!

Next stop– Hey Rosetta! at 6:30 p.m. They provided a phenomenal show on The Backyard Stage. This was another band I was not familiar with; however, people on Delmarva had marked them as a crowd favorite. Another crowd favorite of Delmarva was Grizfolk who played at 7:45 p.m. at the same stage which gave me some time to relax and sit down for a breather.

Next stop– Hammock Hangout. Now this is every festival goers dream! With so many awesome shows to see and things to do, attendees are bound to need some relaxation sooner or later, and this is the spot. Since it was only Thursday afternoon, the hammocks weren’t all occupied. I tried the hammocks out and knew that I would be back visiting this hangout later on in this weekend.

Throughout the night, I watched several other bands as I made my way to the front. All night I was looking forward to seeing The Kooks and Tycho. I was lucky enough to make it to both shows! Tycho went on at 10:45 p.m., so I was there first and then I made it to the end of The Kooks performance.

Being someone who has attended several music festivals in the past, I can attest that you learn something new at every festival you attend. The main lesson I have learned the past few years at Firefly, is that you have to look at the schedule and you have to pick the performances you want to see. If you try to see it all, you’re likely to spend your time running around and missing all the fun. These festivals are all about taking your time and really enjoying yourself. One other thing I learned today, if you have an SUV, bring an SUV! We watched so many people get stuck in the mud and although it didn’t damper anyone’s moods, it can’t be too good for your vehicle.

It’s been fun first day at Firefly 2015! We are laying our heads on the pillows in our tents on the muddy floor and hoping to get a few hours of shut eye. 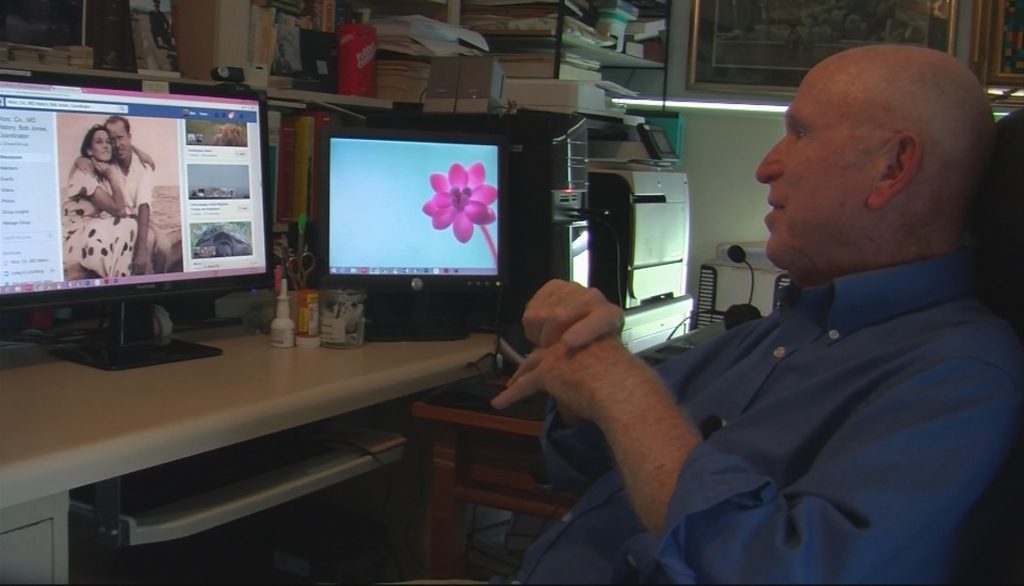 Travels With Charlie: Echoes of the Past 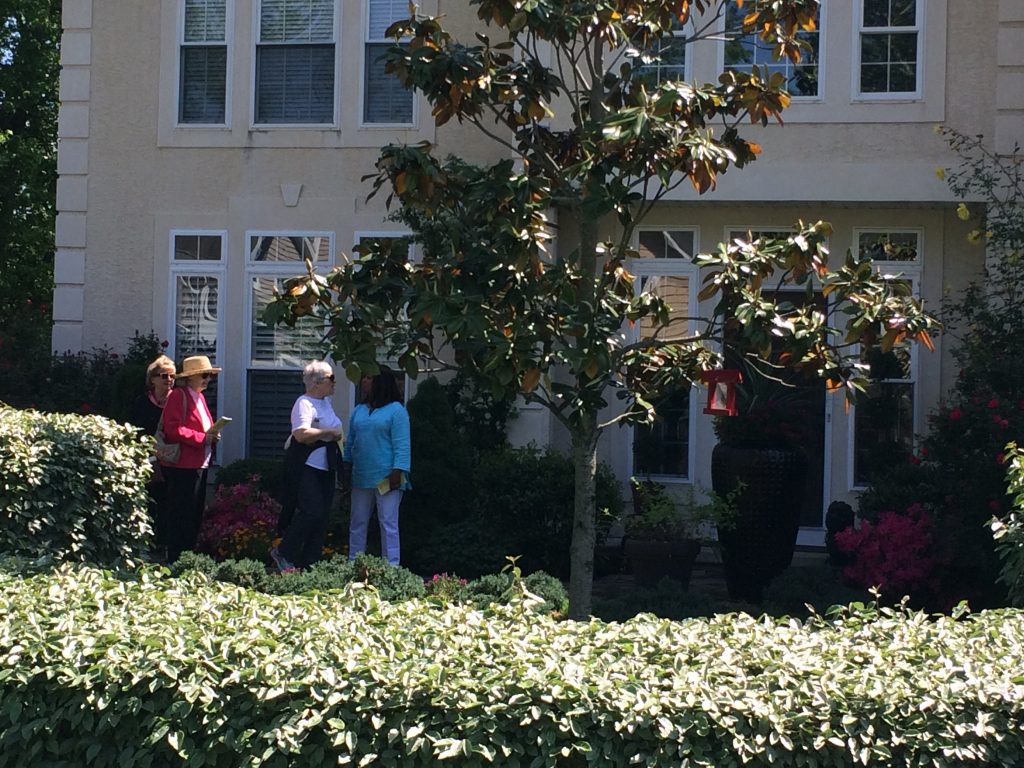 "We could not have been luckier or had a more[...]

Travels With Charlie: Secrets Hidden Behind Beauty with Charles Paparella

Reporter Charles Paparella sayd a rose is a rose, as[...]