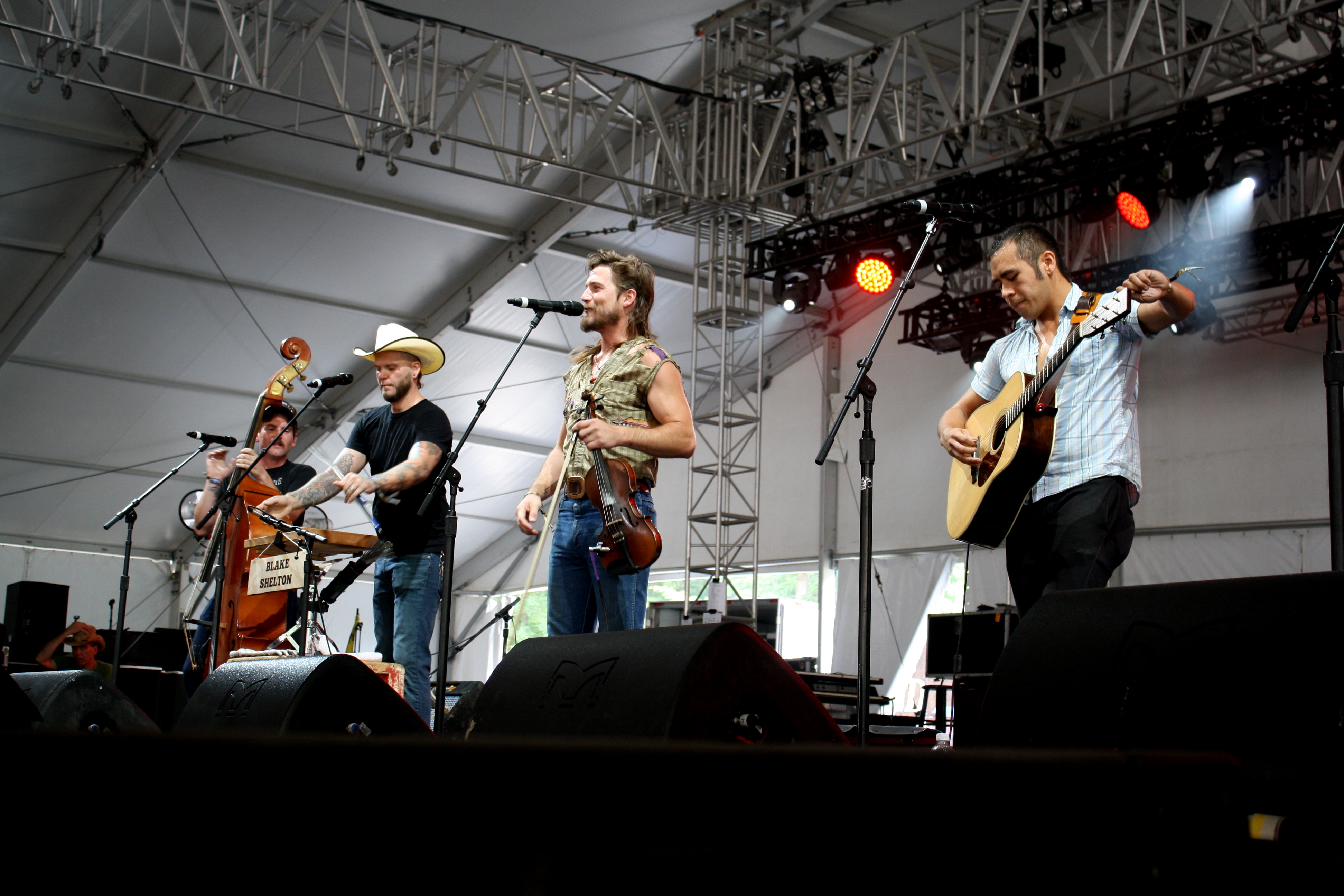 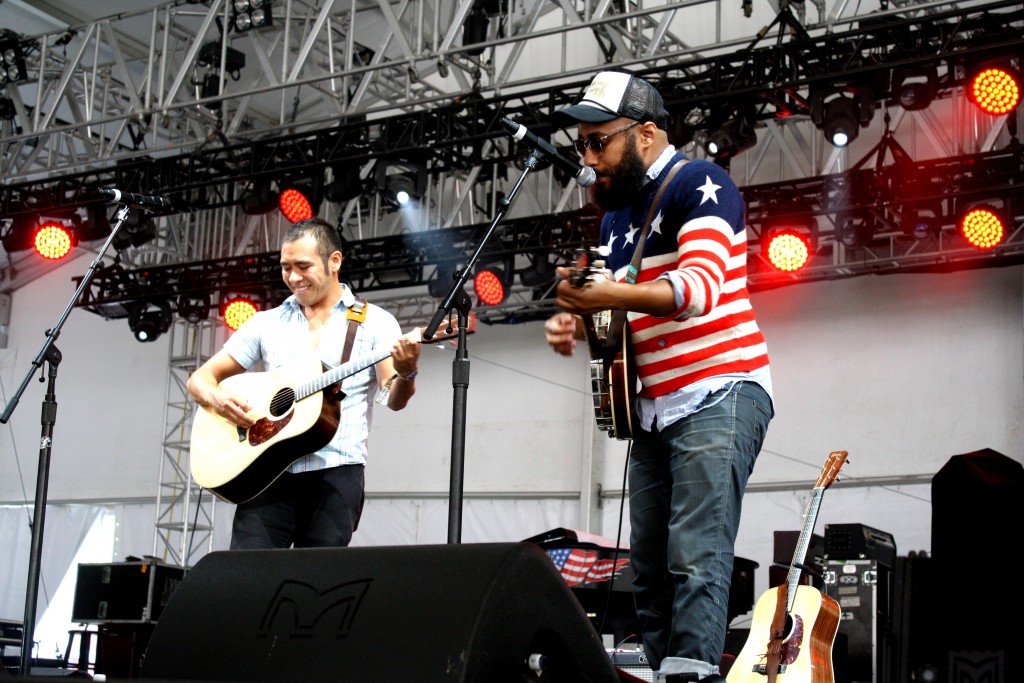 Whiskey Shivers is a Bluegrass, Country, Folk band with five members: Andrew on Upright Bass, Vocals. Bobby on Fiddle, Harmonica, Vocals. Horti on Guitar, Vocals. James on Banjo, Vocals. Joe on Washboard, Vocals. The band is from Austin, Texas and traveled to Dover, Del. this weekend to perform at The Big Barrel Country Music Festival.

The band took the stage earlier Friday afternoon and despite the minimal amount of people in the festival grounds that early in the day, the group drew a crowd. Whiskey Shivers is the type of band that involves the audience and has everyone in the room smiling from ear to ear. They engage the audience, and they say, the fans are just as much apart of the band as they are.

The band performed at the Wildwood Stage and then hung around with the crowd after the show. One of the members even joked with a sign in front of him saying he was Blake Shelton! The crowd and the band were able to leave happy after Whiskey Shiver’s 30 minute set. 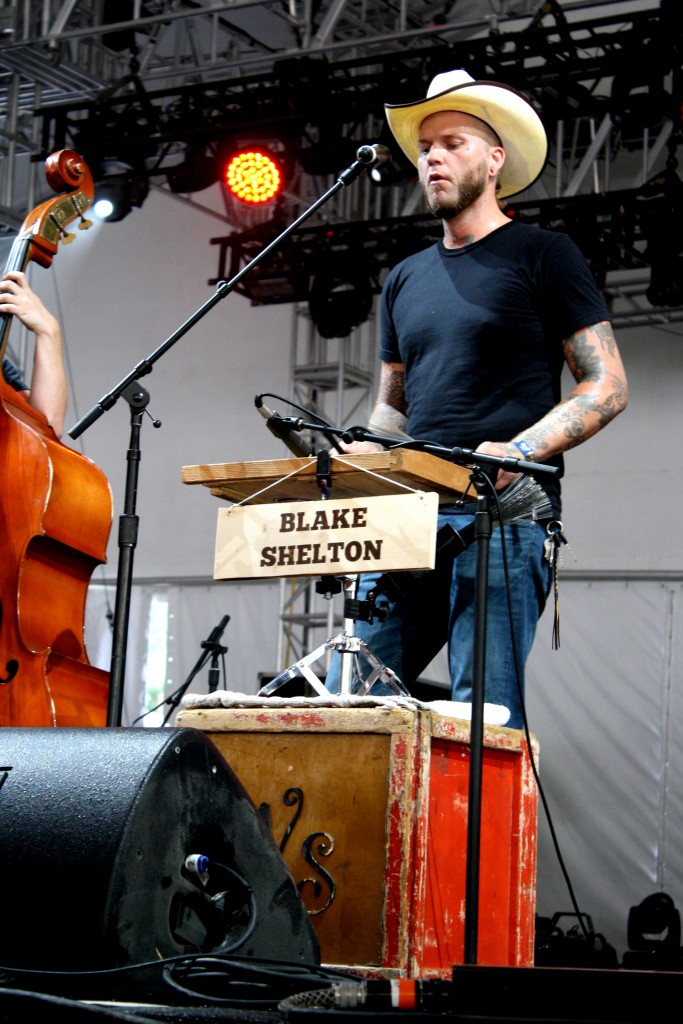 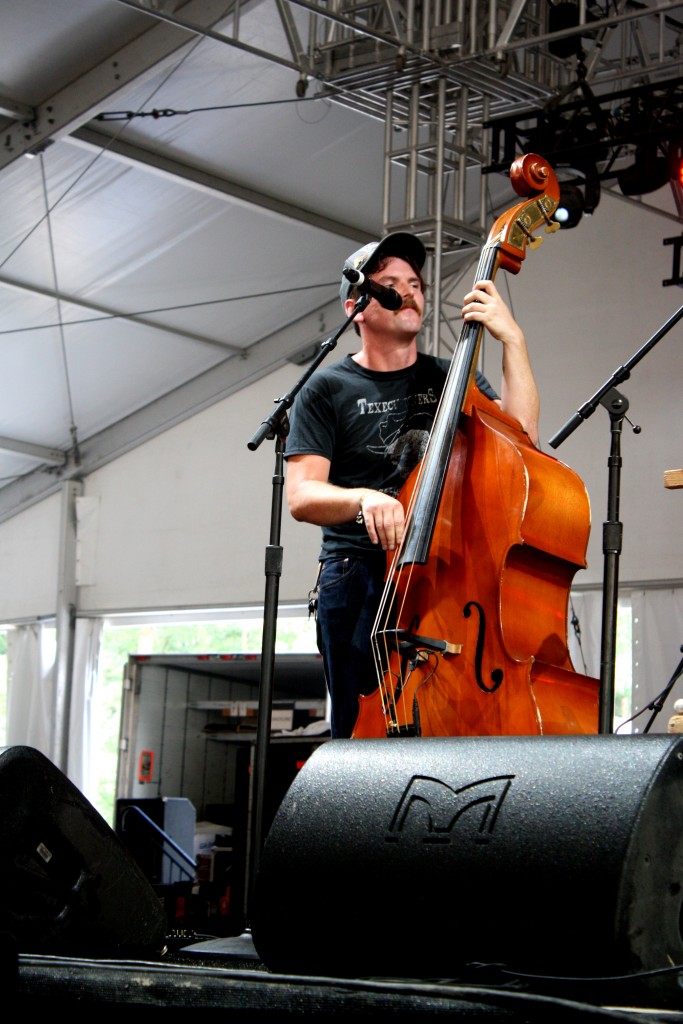 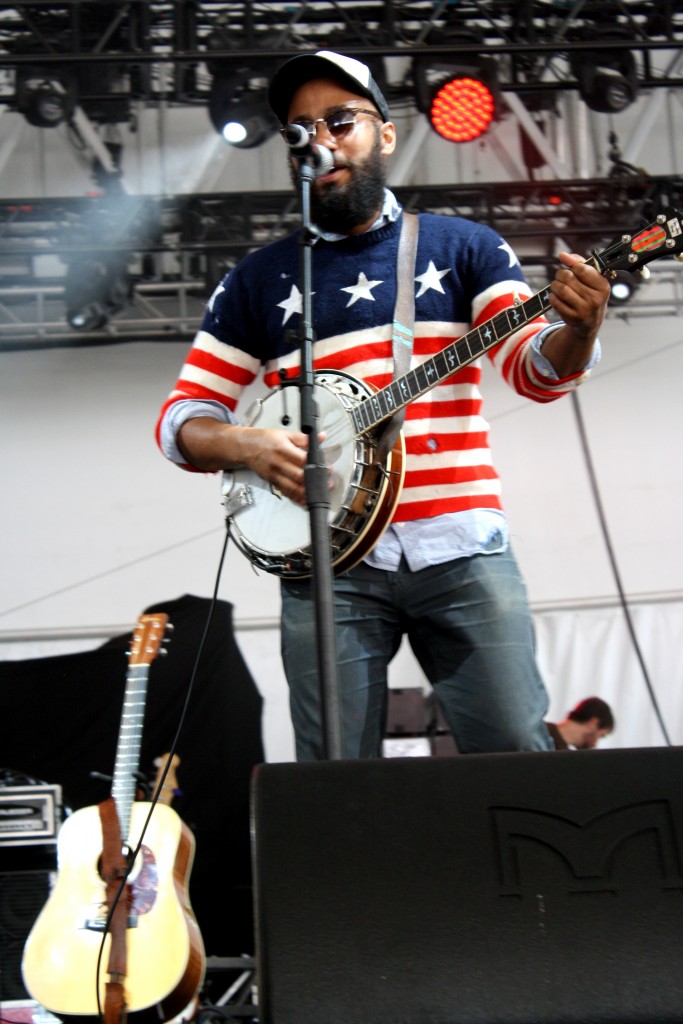 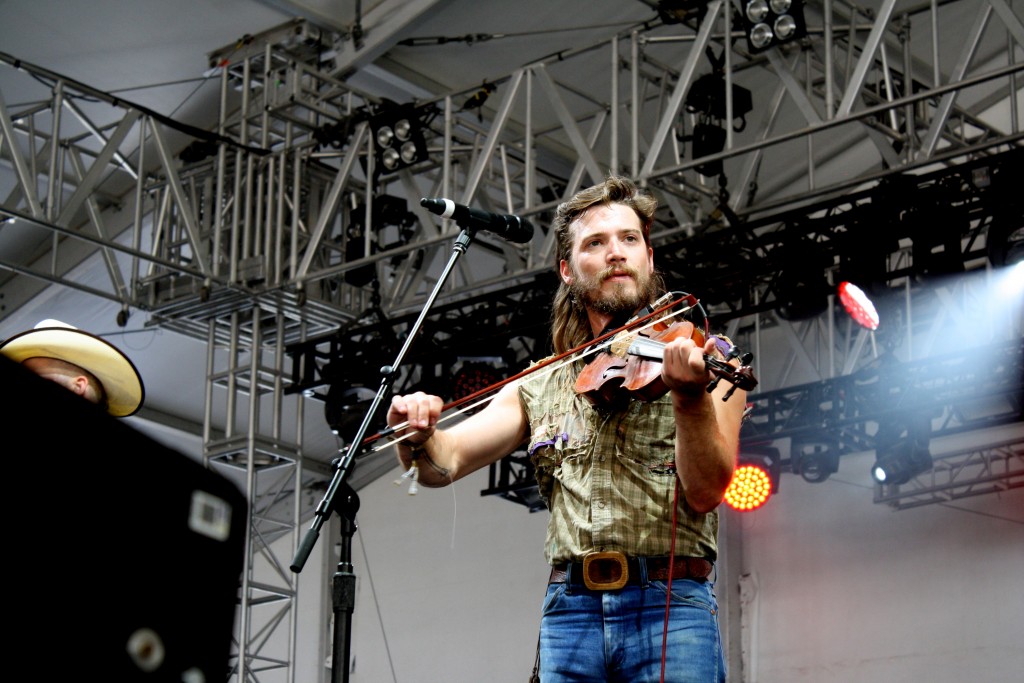 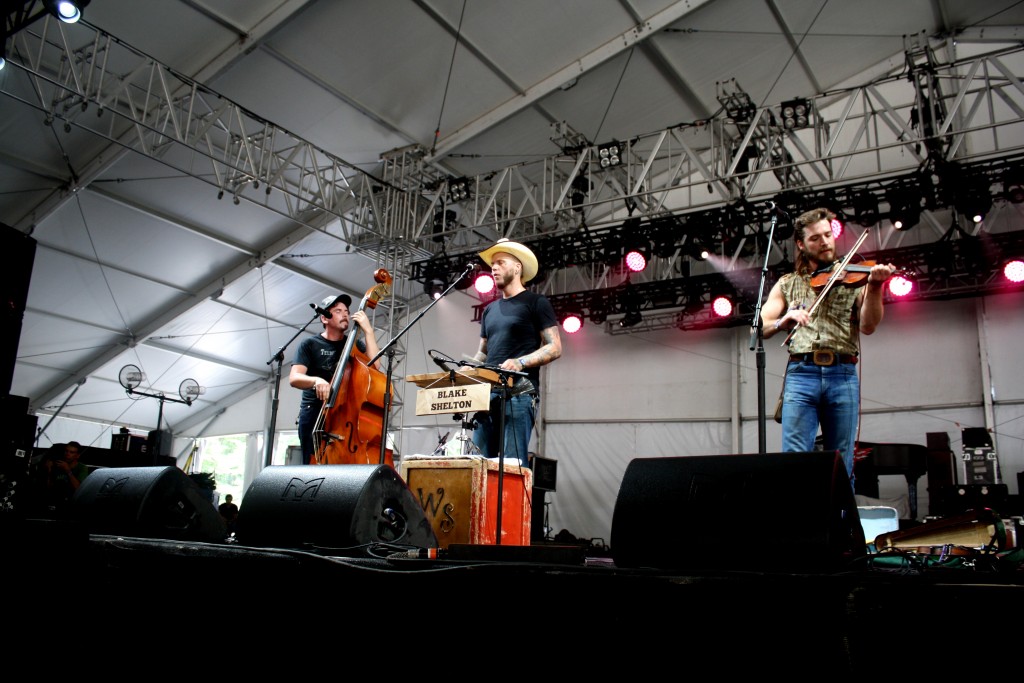 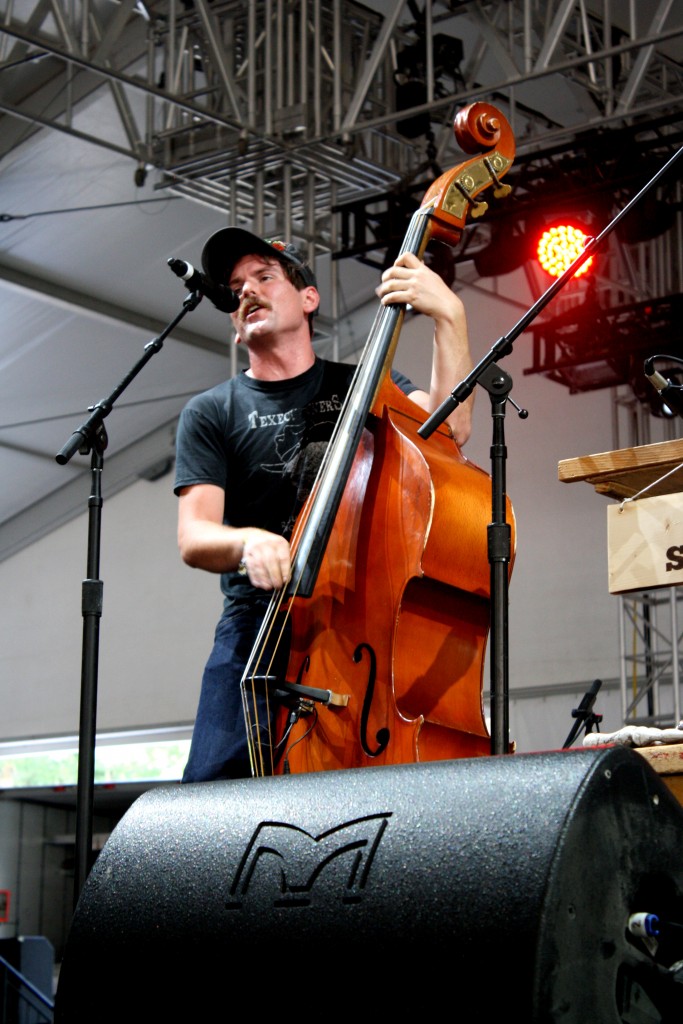 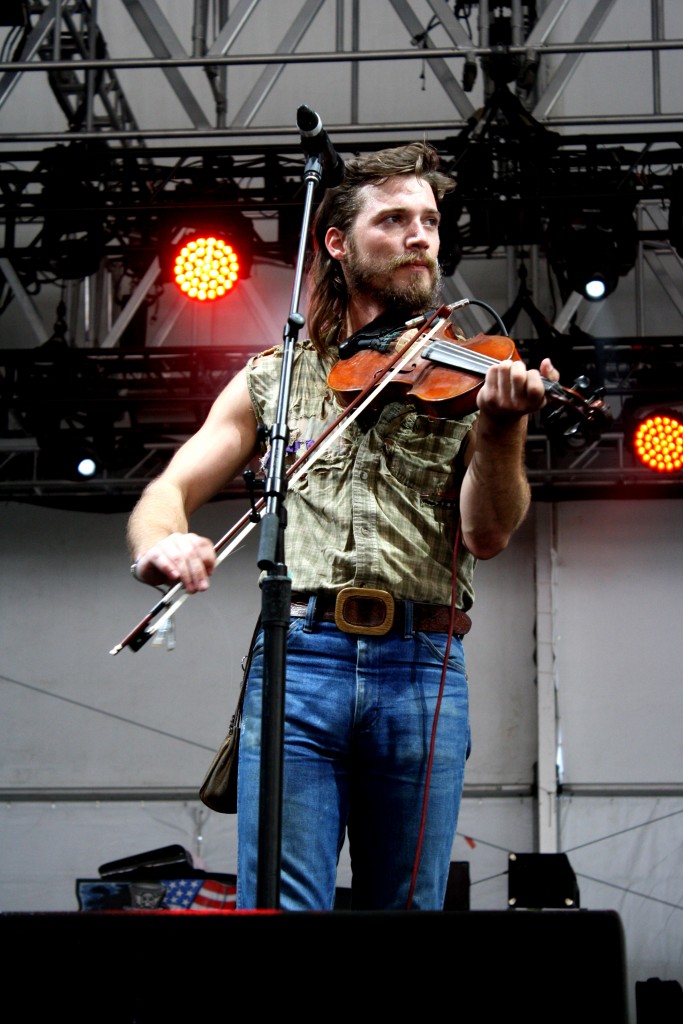 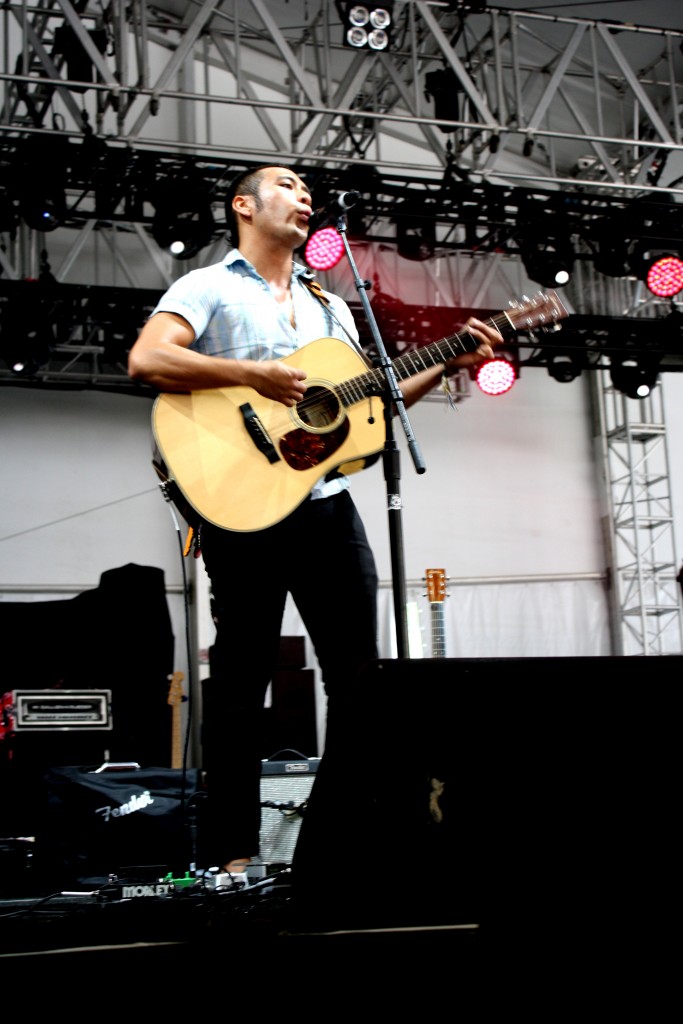 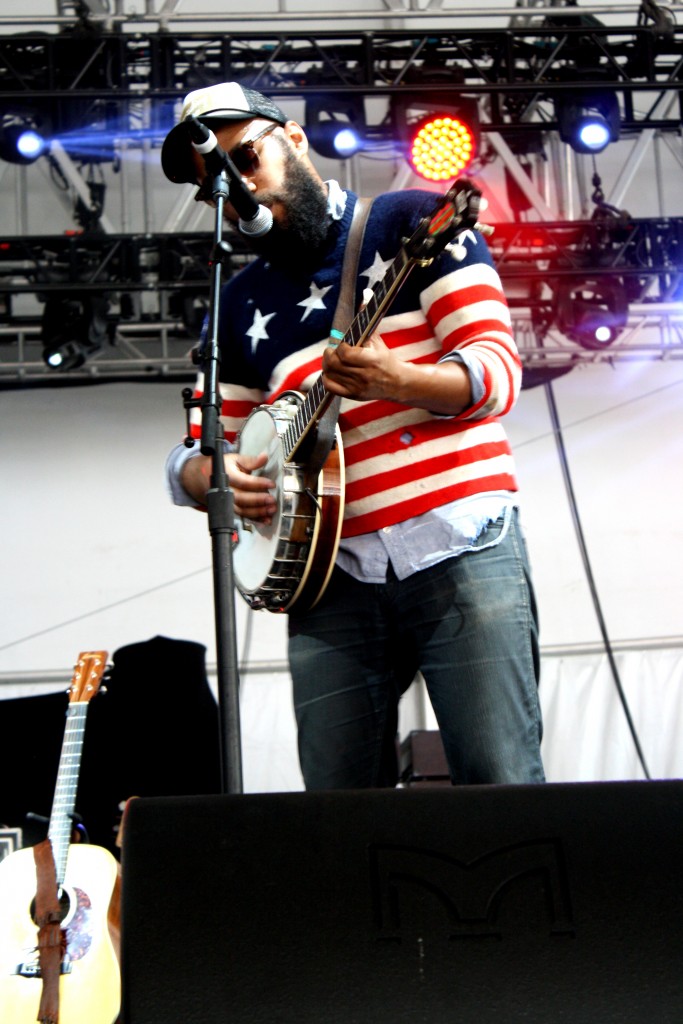 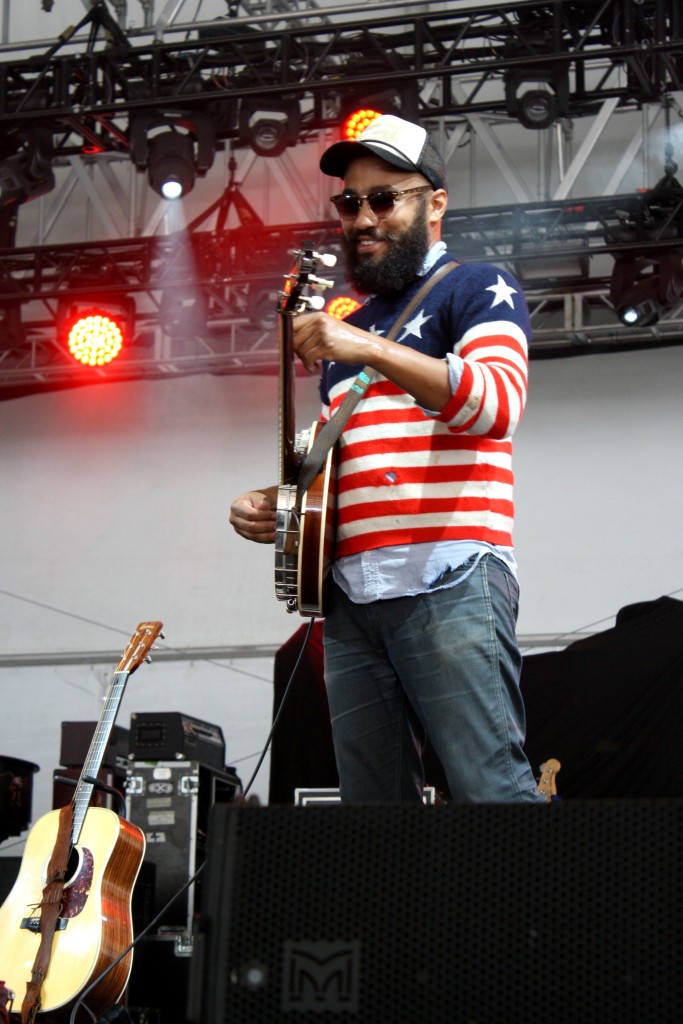 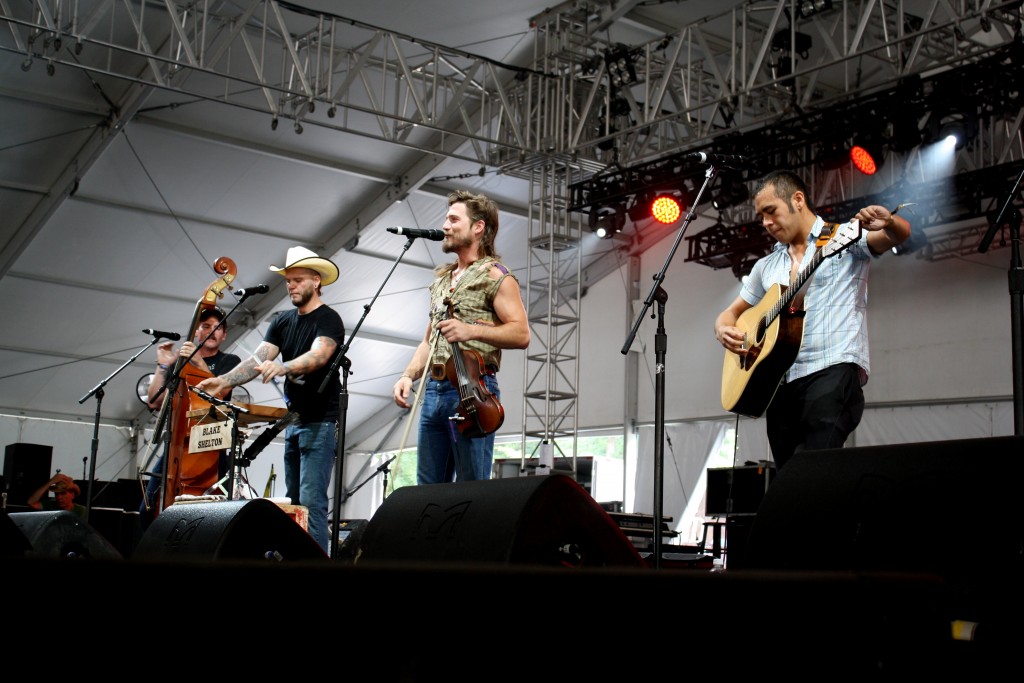 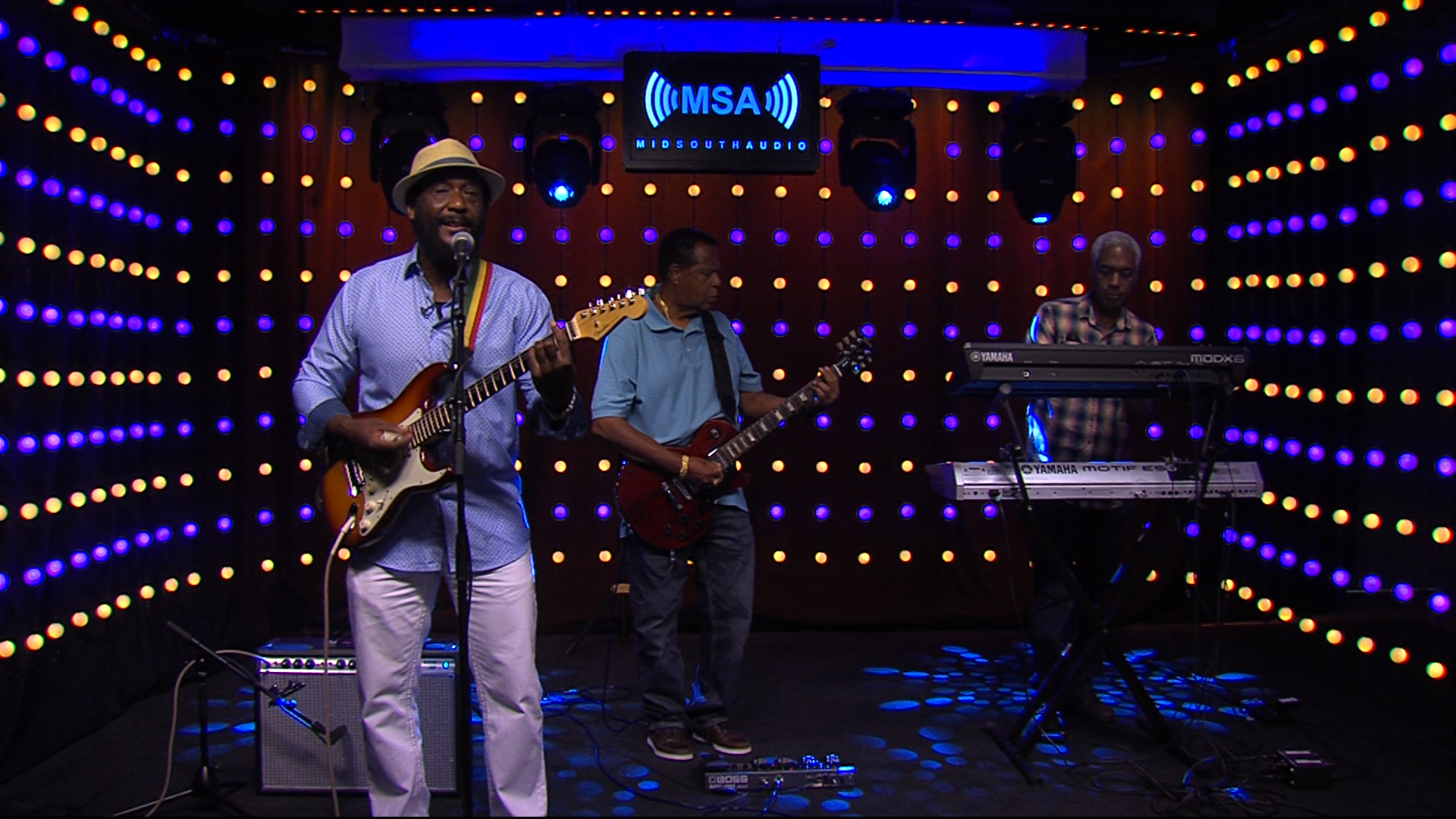 We have a special preview of the Delaware State Parks[...] 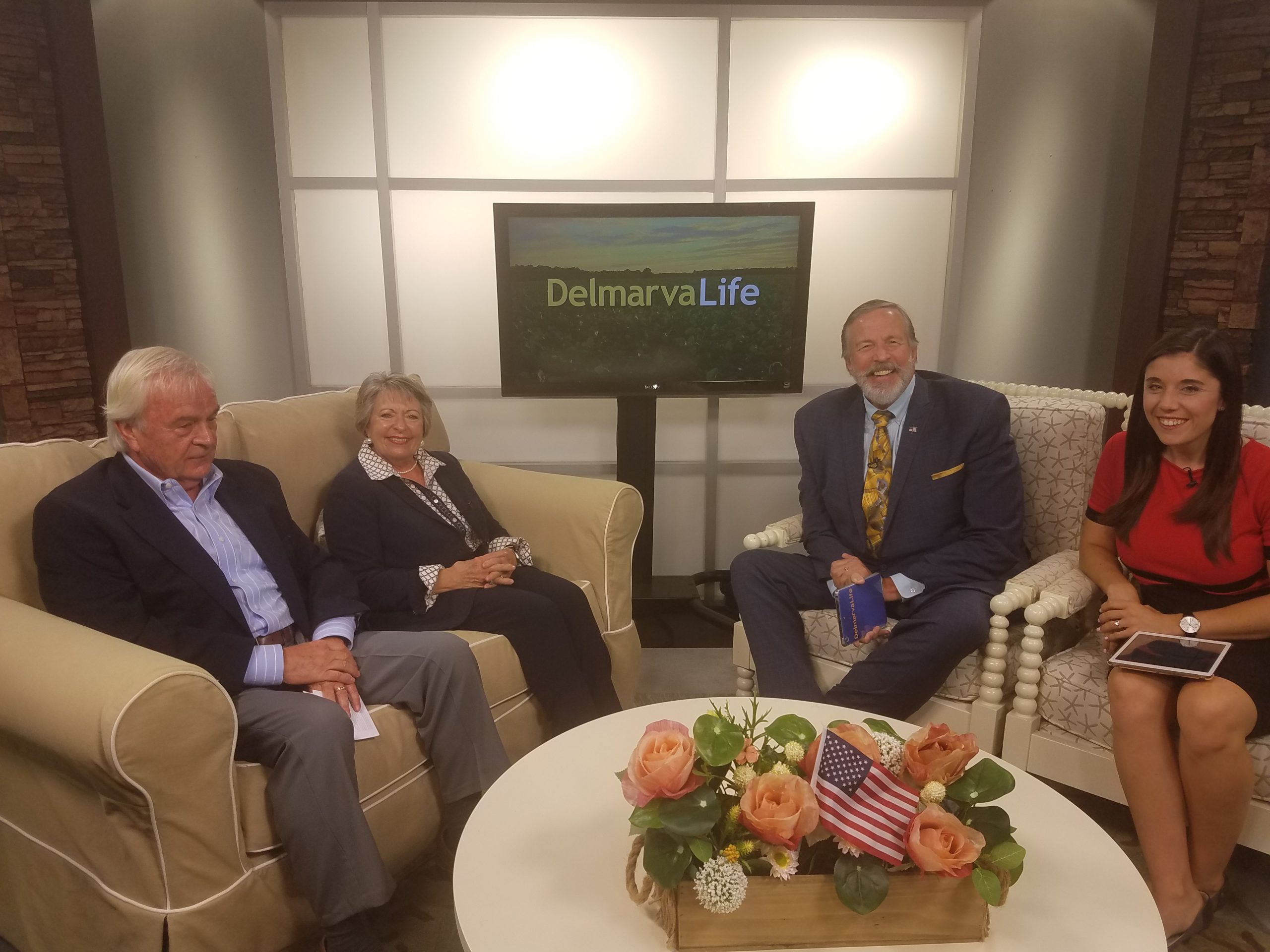 The Gold Star Memorial, a new memorial marker, only the[...] 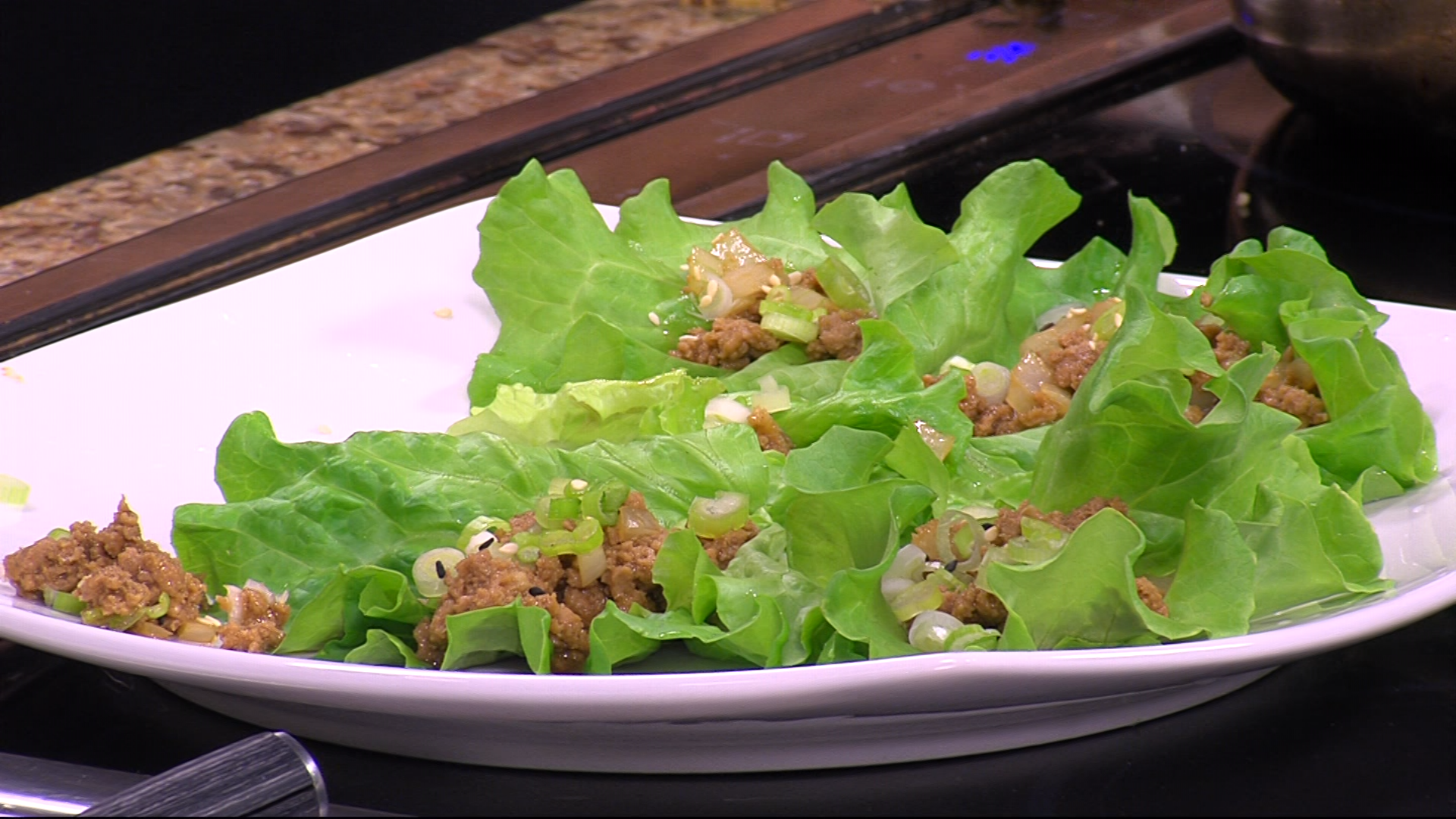 Denise Clemons Shows Us How to Make Sesame Lettuce Wraps

Denise Clemons is author of the cookbook, “A Culinary History[...]