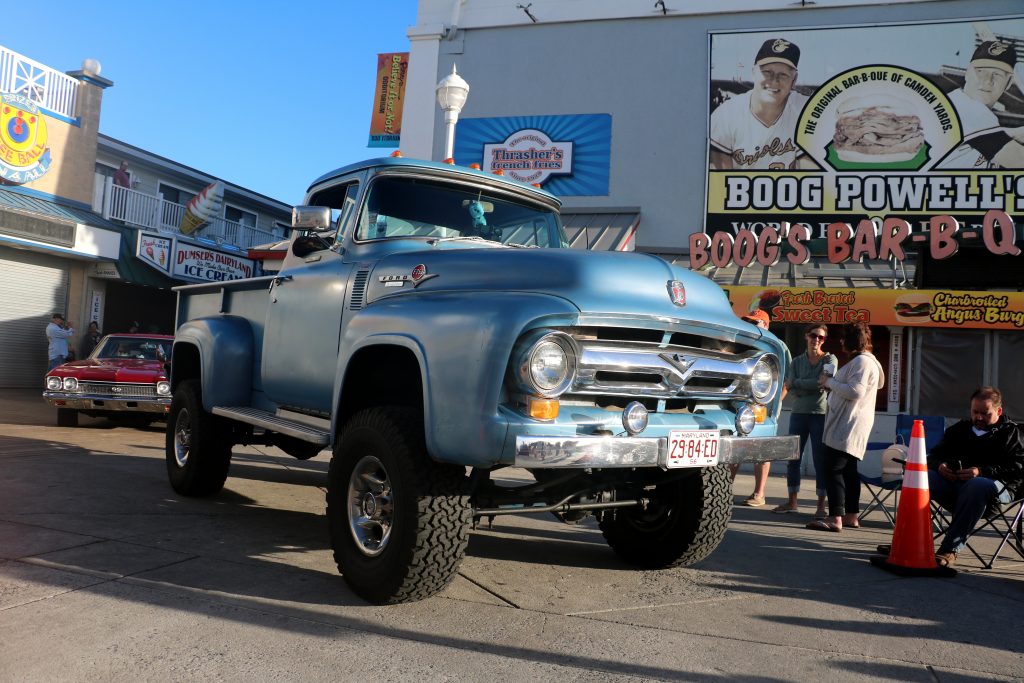 The threat of Hurricane Matthew didn’t stop the thousands of car enthusiasts planning to attend Endless Summer Cruisin’ in Ocean City, Md. The 19th annual event is being held from Oct. 5 – Oct. 9 with more than 2,000 hot rods, customs, classics and trick trucks cruisin’ the streets.

Throughout the weekend, spectators can expect to see boardwalk parades, car shows at the Ocean City Inlet and Ocean City Convention Center, vendor showrooms, live music and awards. This years event had such a draw, it reached the maximum number of participants.

Among this years crowd is Frank Jones, who travels several hours year after year for the event. Jones says a little bad weather couldn’t keep him away.

“Our biggest thing is to come down and get your circle of friends, sit out and enjoy the cars and go out to eat at night,” Jones says.

Jones, like hundreds of other car enthusiasts, drove in the early morning boardwalk parade sporting his 1954 Chevrolet Bel Air.

“When you drive by, people say something about your car, they’ll always say ‘There’s a Bel Air!’ and they’ll ask me what year it is,” Jones says.

The annual parade takes place on Thursday, Friday and Saturday allowing participants to caravan down the boardwalk, beginning at 27th St. and heading south into the inlet parking lot. 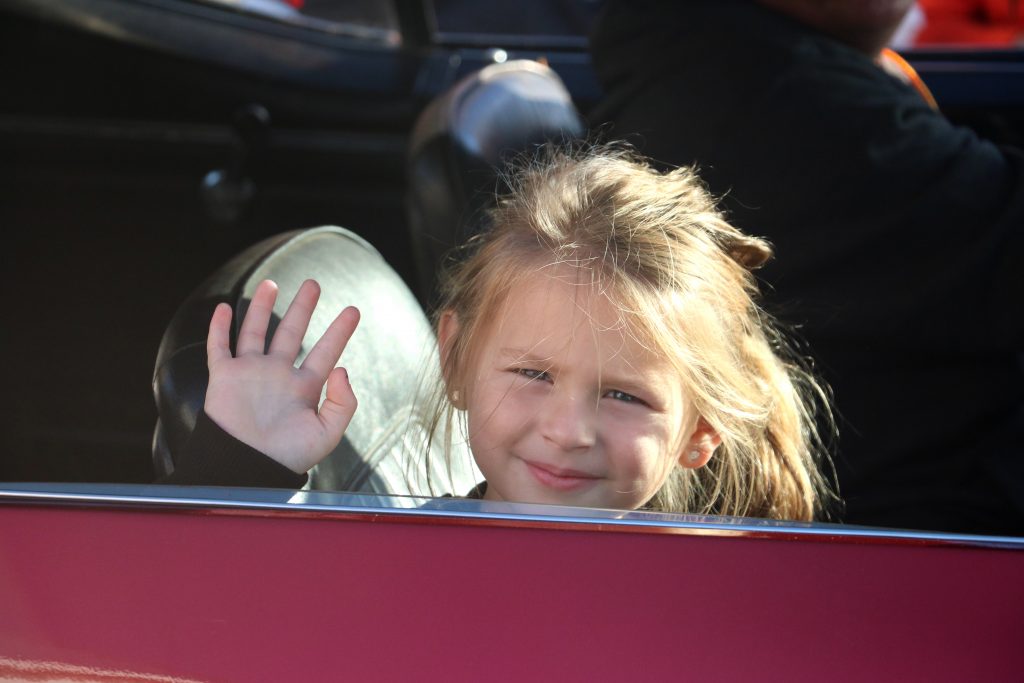 A participant waves while riding in the boardwalk parade (Photo:Laura Landry/WBOC)

In addition to the parade, car experts including Dave Kindig and Gene Winfield will make appearances throughout the weekend, signing autographs, posing for pictures and talking about their love for cars.

Live entertainment from Mook Jones and Golden Touch will rock the various stages throughout the weekend and vendor showrooms will offer equipment for automotive needs, as well as jewelry and arts and crafts. Advance Auto Parts, Chevrolet Performance and Miller Electric are a few of the national names on display during the event.

Louis Lambert’s favorite part of the weekend is attending all the shows. Lambert traveled five hours from Mount Pocono, Pa. and uses the event as a vacation.

“We come down for five days, we stay at the Francis Scott Key and we’ve been coming down here for 28 years—there’s nothing like this,” Lambert says. “It’s the largest car show around, this is actually the best car show.” 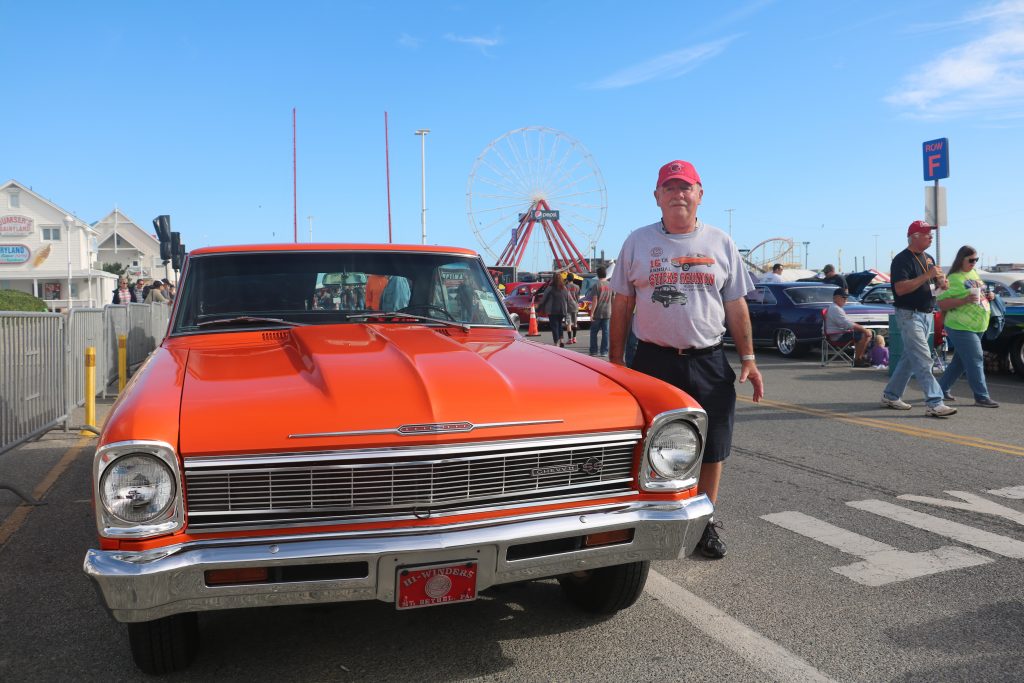 Lambert belongs to a car club in his hometown that started in 1962 and currently holds fifty active members. Lambert spent most of Friday afternoon in the inlet parking lot standing in front of his 1966 Chevrolet Nova SS and admiring the cars surrounding him. In addition to the parking lot meet and greets, Lambert knows all the hotspots around town.

“We go to Hooters, they have a car show every day and it’s really nice because when I go up there everything is orange! They take pictures with the girls standing around, and there’s so much to do, there are shows all day long.”

The 36th Annual Hot Rod & Custom Car Show will also take place on Thursday, Friday and Saturday from 9 a.m.- 5 p.m. at the Ocean City Convention Center, in conjunction with the cruisin’ event. To learn more about the annual event, visit www.specialeventpro.com. 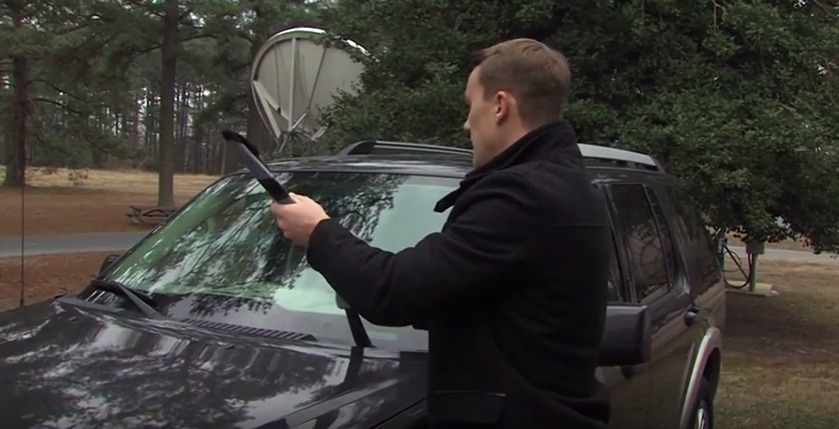 Winter Weather Hacks for Your Car and Tips on Shoveling Snow

Delmarva saw a good amount of snow this past weekend.[...] 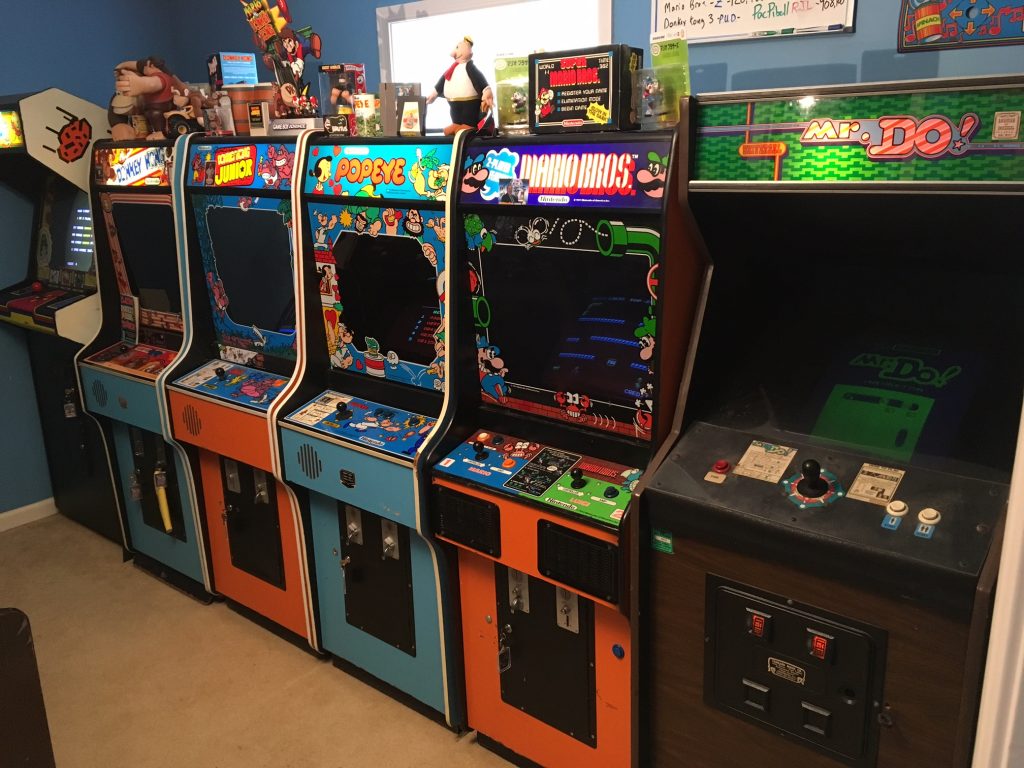 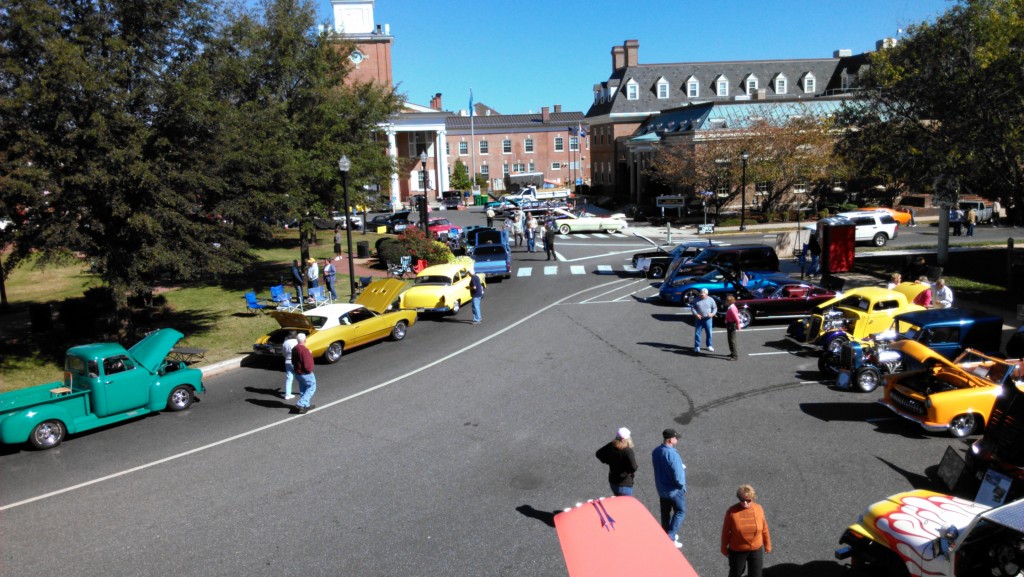 Receiving a breast cancer diagnosis can be devastating, but there[...]