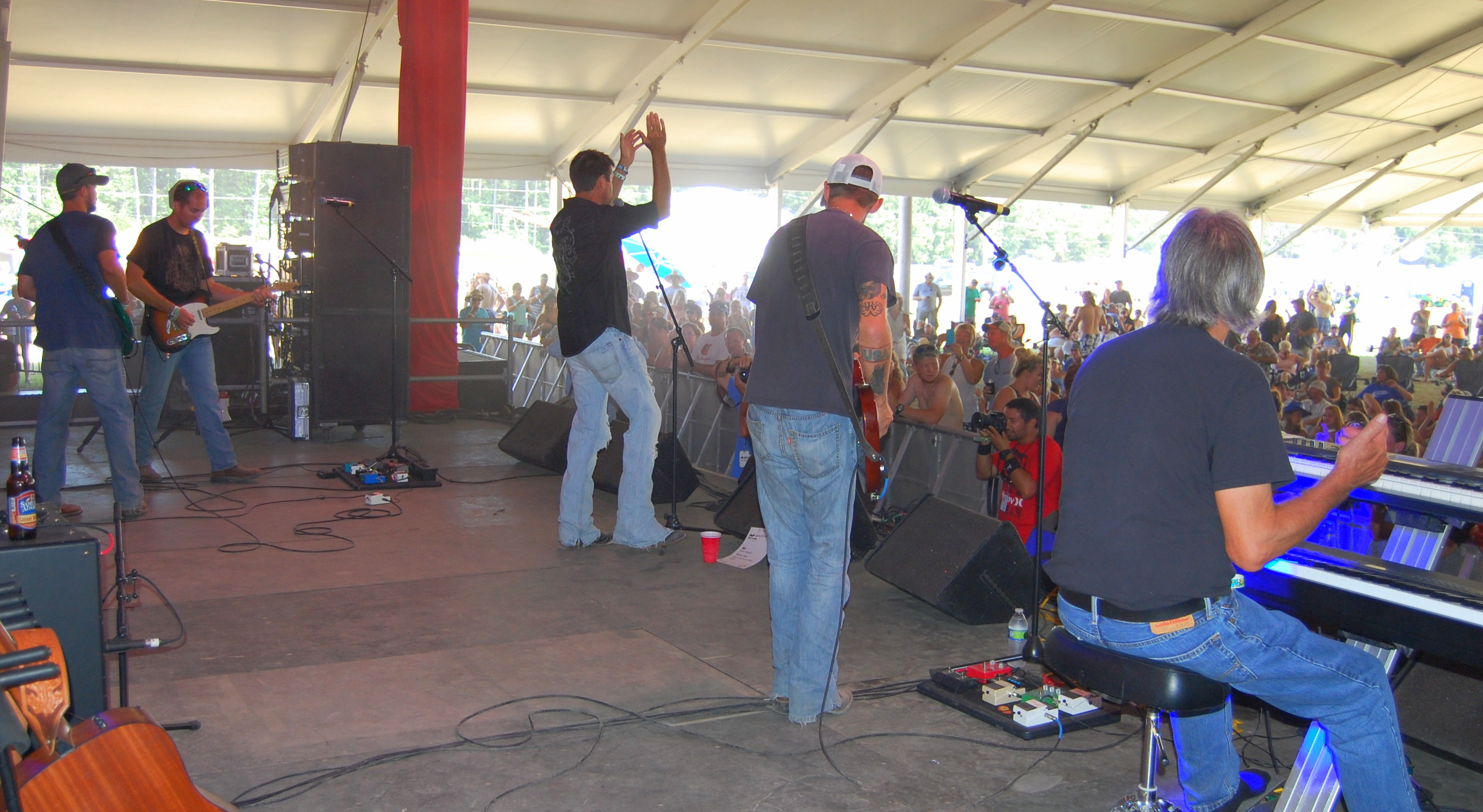 The Bo Dickerson Band from Laurel, Del. is used to playing at local venues on Delmarva, but now they get to bring their talent to the ‘big stage’ at Delaware Junction Festival in Harrington, Del., and they are more than excited about the experience.

Members of the Bo Dickerson Band: 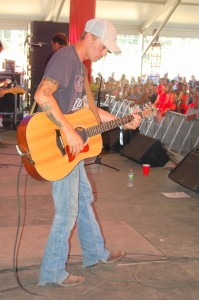 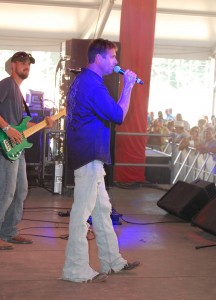 Interview with David Hastings, Guitarist with the Bo Dickerson Band:

How did the Bo Dickerson Band get started?

Me and Jordan used to play in a metal band together, believe it or not, and when we ended up calling it quits to that band, I wanted to start a country band because I’ve always listened to country music. There was a few country bands, but no mainstream country bands around here, so I figured it would be a good idea to try to maybe put one together. So, I saw Bo at R&R in Laurel at a karaoke night. I’m good friends with the owner and I asked him who he was and he introduced us. I asked him if he wanted to start a band and he said ‘what kind of music do you want to play?’ and I said ‘country.’ He said, ‘alright, I’ll do it.’ It was pretty easy.

How long have you all been around?

It’s been about 5 years, working on 6 years now.

Do you all play at many venues? What’s your favorite venue to play at?

We bounce around. We try not to play anywhere more than once a month. We play at M.R. Ducks in Ocean City and R&R in Laurel. Personally, my favorite is R&R because that’s where we got started at basically. M.R. Ducks and Brew River probably round out our top 3.

Do you have lots of events in the summer?

We normally never slow down. If there’s a weekend we are not playing, it’s because we took off. We’re real fortunate that people want us.

Is this your main job or do you all have other jobs during the week?

All of us have full-time jobs during the week from a few of us doing construction to Neil being a truck driver all over the east coast, to Bryan being a distributor for Red Bull. We have normal jobs and kids and all the normal stuff. It’s a lot harder than what people think. You don’t get a lot of sleep in this band.

You’re considered a local favorite on Delmarva, tell me about that.

I am really proud of the band I am in and I’d like to think that we’re pretty talented. I’ll tell you what I tell other bands when they ask me ‘how do you guys get so many people to come see you play?’ It’s song selection. I would say it’s 75% song selection. We try to make everybody happy, which you can’t do, ever. We try to base our music from 21 year old girls to 60 year old men. We try to throw everything in there. We’re a country band, but we don’t just play country. We play southern rock, classic rock, and we even play Deaf Leopard and Journey, stuff like that. I’d like to think we’re fun to watch. We don’t just stand there on stage and play a song, and people clap and you play another song. We interact, talk, and act stupid.

What is your favorite part about being in this band?

You have your slow nights, like the place might not be packed shoulder-to-shoulder, but until I’ve been in this band, metal bands don’t really draw big crowds but with this band, I’ve played for pretty big crowds. When you have that many people yelling and screaming and clapping for you, it’s like, I don’t know of anything better. It’s kinda like ‘drunk on the crowd.’

Froggy 99.9 had a ‘Battle for Delaware Junction’ Competition where listeners voted for a local artist/band to send to DE Junction Tell me about that.

We didn’t ask to be in the competition – none of the bands did. I believe Froggy is the one the picked the three bands and we got lucky enough to be one of the bands. Whiskey asked if we could get an original song on YouTube which they would link to their page and then people could go to their page, listen to the three bands and pick their favorite band.

What did you think about your competition, Eric Karge and Matt Watson?

I’ve heard of Eric Karge and I saw him play once. I think Matt Watson is from the Virginia area so I’ve honestly never head of them. Where we play so much, we don’t really get to watch other bands play.

How did you all feel about winning the competition?

They announced it live on the air so we were all glued to the radio. We we’re pretty happy about it. We won because we have a very loyal fan base – those people that will go anywhere to see us play, like Cowboy Up in Dover and all the way to Ocean City. They don’t care – they’ll go.

Are you all excited for DE Junction?

Definitely. This is the biggest weekend we have ever had since the band started. How this happened, I have no idea. So much ‘coolness.’ 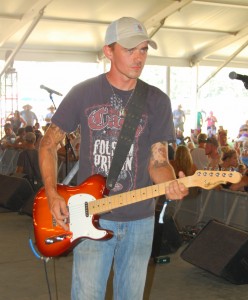 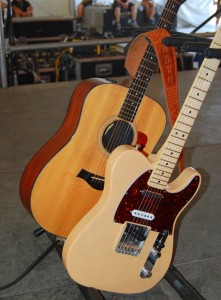 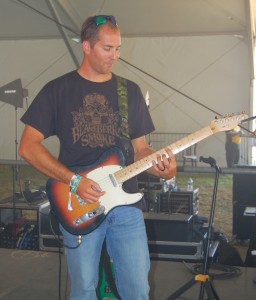 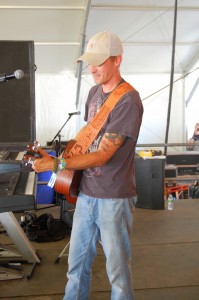 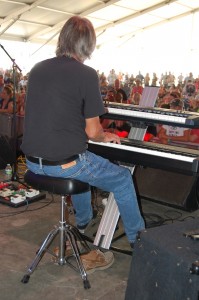 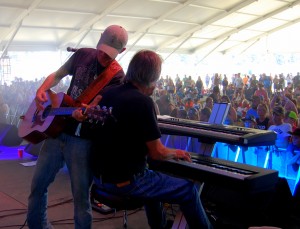 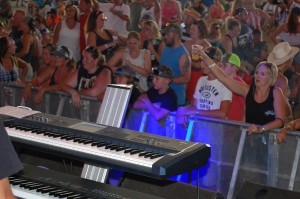 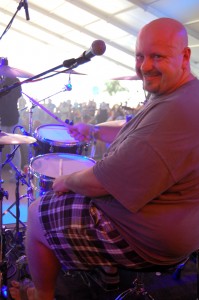 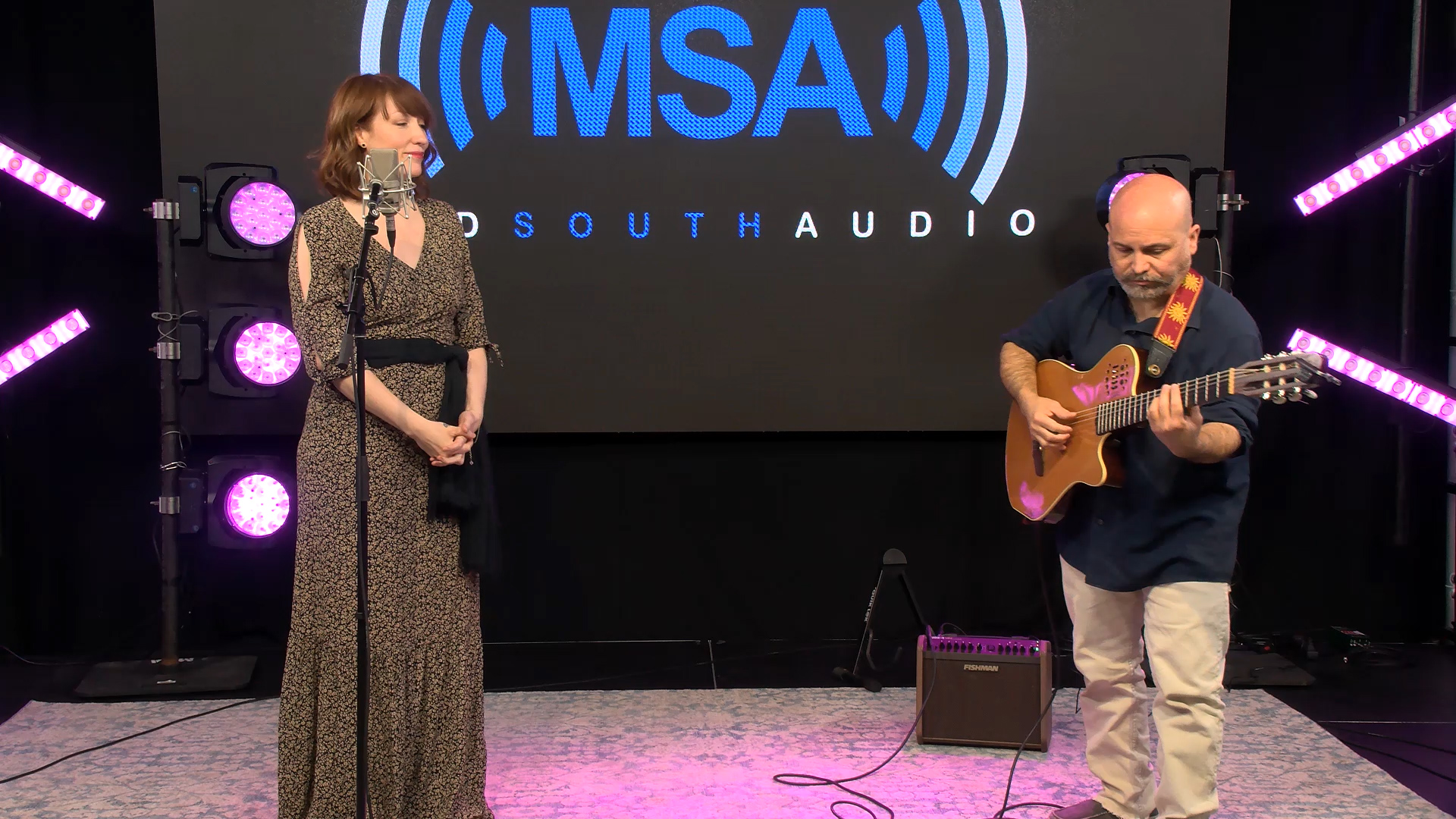 We are treated to two performances by Sharon and Shawn[...] 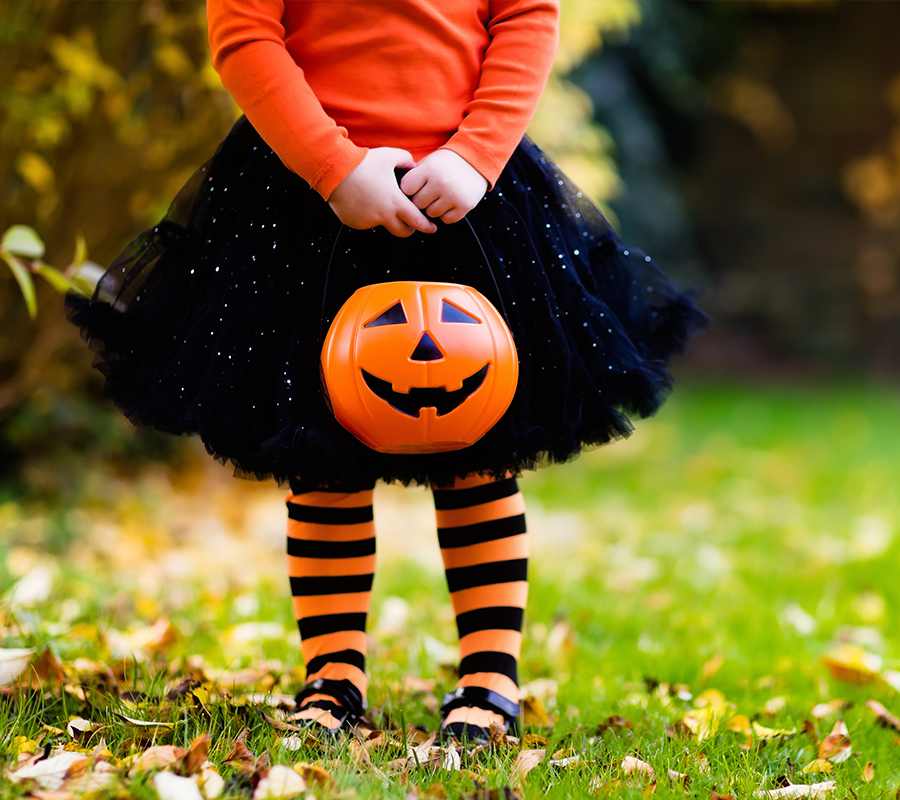 Jimmy teased us with some beautiful footage of Skyline Drive[...] 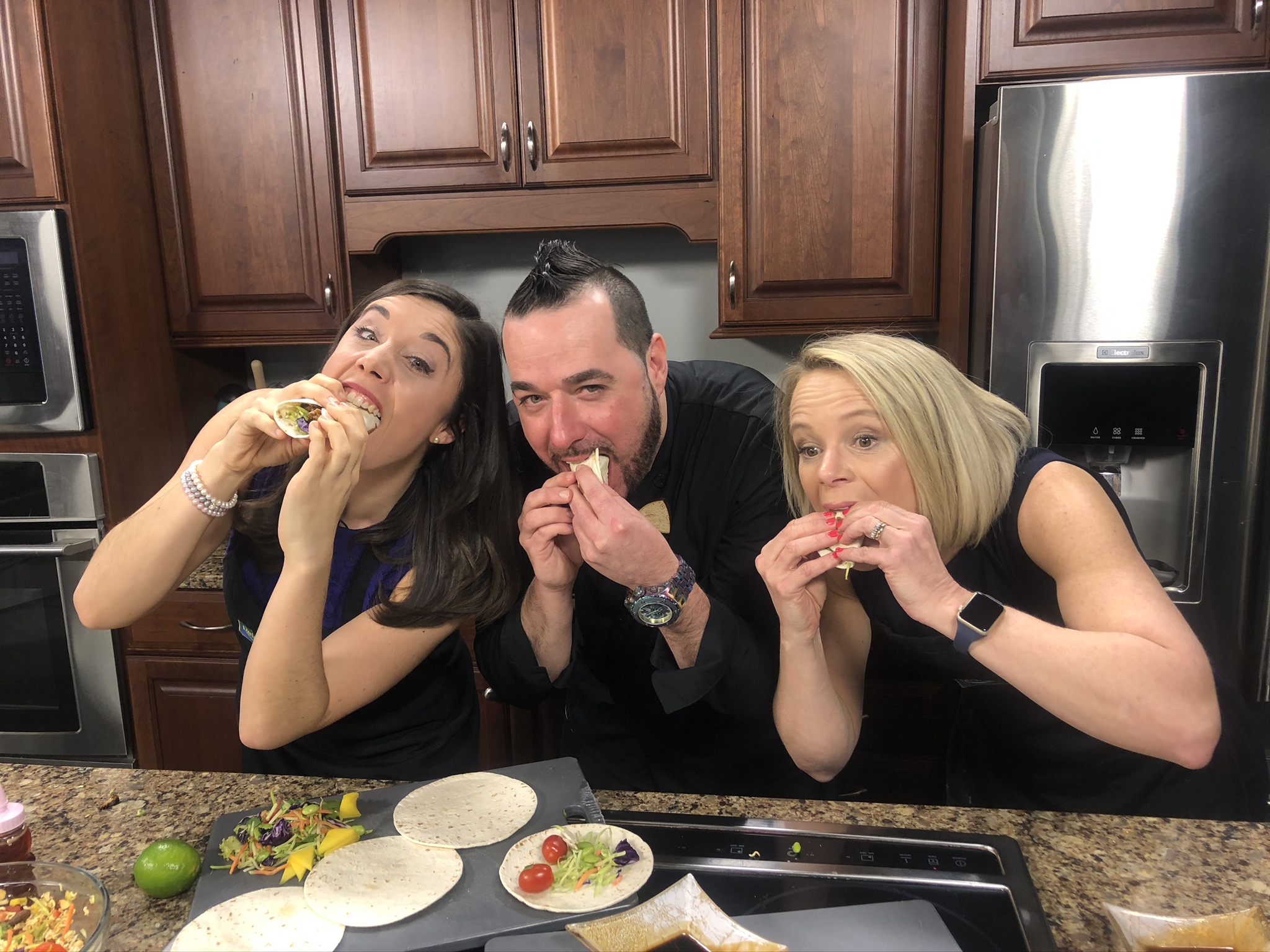 Today on DelmarvaLife – It’s time to sound the alarm.[...]