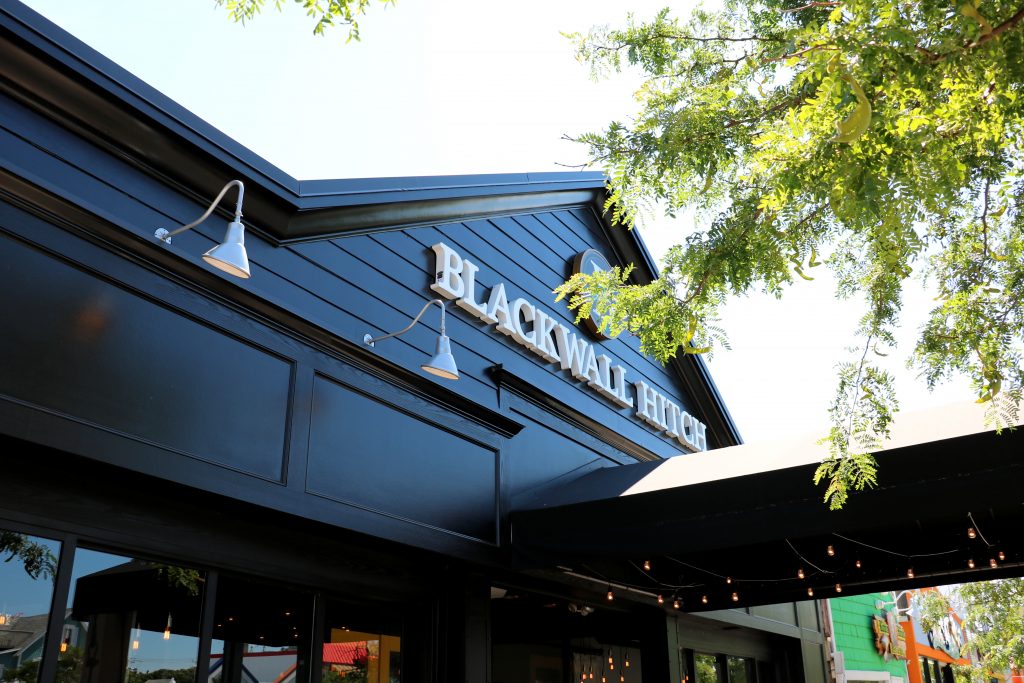 Rehoboth Beach welcomed a new place for seafood and local craft brews when Blackwall Hitch opened a few months ago on Rehoboth Avenue.

If you have frequented Annapolis, Md., or Alexandria, Va. you may have heard the name before. Blackwall Hitch in Rehoboth Beach, Del., owned by Derek Fink and James King, is connected to the Maryland and Virginia locations.

Mark Harrison, general manager of Blackwall Hitch Rehoboth, has lived in the Rehoboth Beach area for 11 years. In the fall of 2005, Harrison started with Nage Restaurant and continued to work with them for the past decade before coming on board with Blackwall Hitch a few months ago.

“It has been a neat experience so far!” Harrison says. “We’re trying to provide a good experience for everybody. We’re hitting home runs for the most part and we know where we need to be to get better in the other areas.” 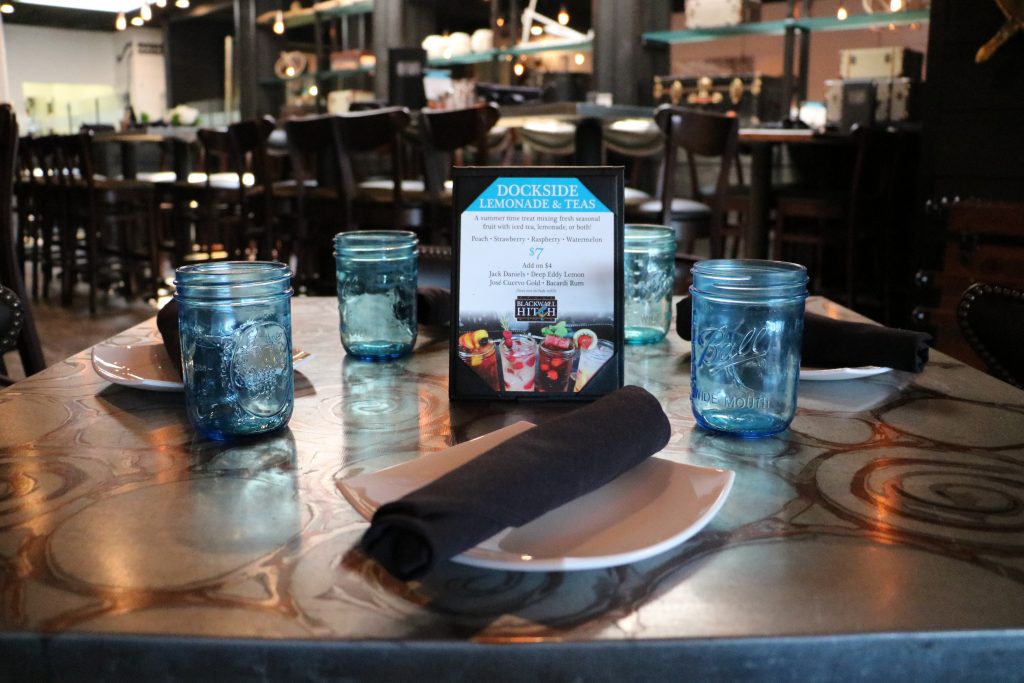 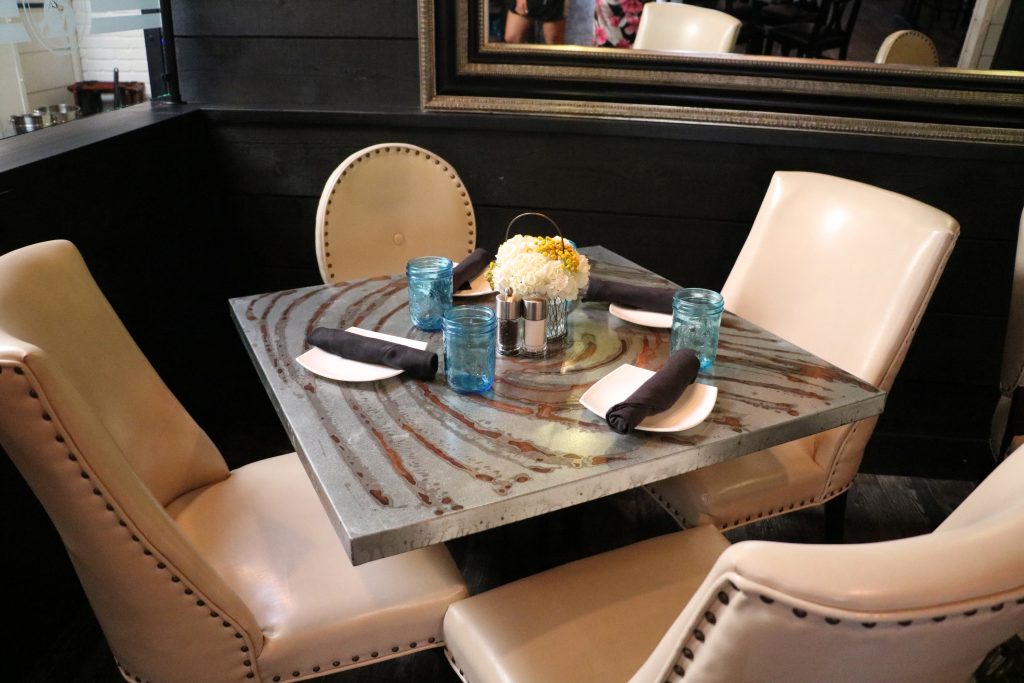 Harrison describes the resort town restaurant as having a high energy, casual, up-scale environment, where people can be comfortable, regardless of what type of experience they are looking to have, wether its lunch, dinner or bringing the kids out.

Blackwall Hitch opens for business each day at 11 a.m., offering a little bit of something for everyone including daily happy hour and live entertainment. When it comes to the cuisine, Harrison says head chef, Aileen Delario, is as hardworking and creative as they come. Delario’s Shrimp Blackwall appetizer is a can’t miss.

“The Rehoboth Foodie said he would like to have that in a wine glass, so he could drink it out of a straw, it’s absurdly delicious, it’s unfair,” Harrison says.

Blackwall Hitch Rehoboth has a strong seafood focus and is Cheasapeake region driven. In addition to the shrimp appetizer, Harrison says the mahi tacos, three large tacos with a side of herb couscous, are extremely popular. 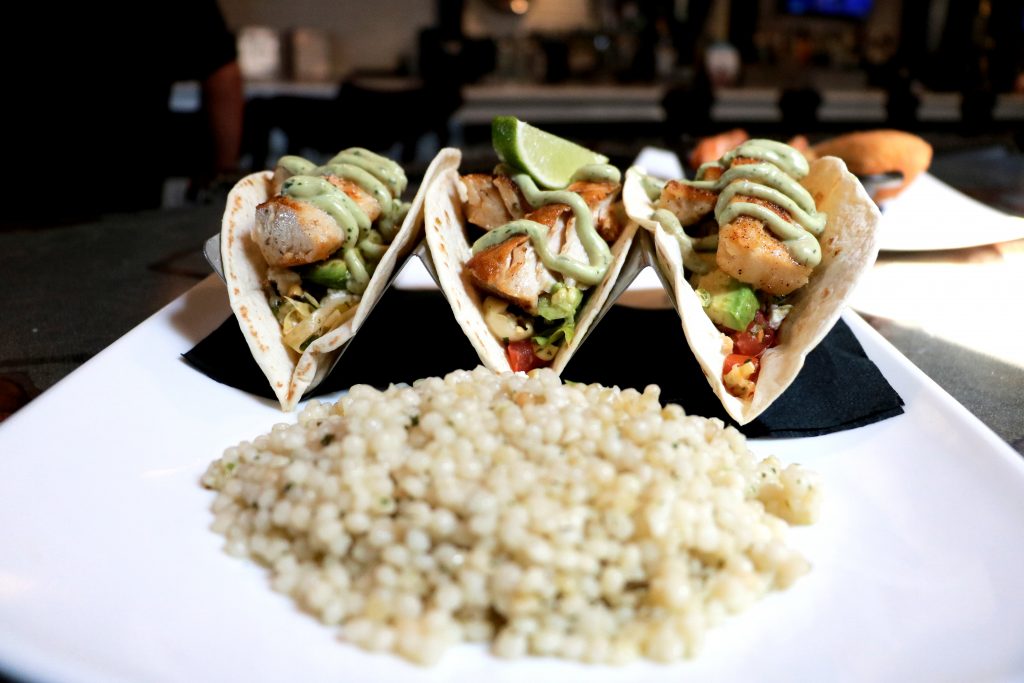 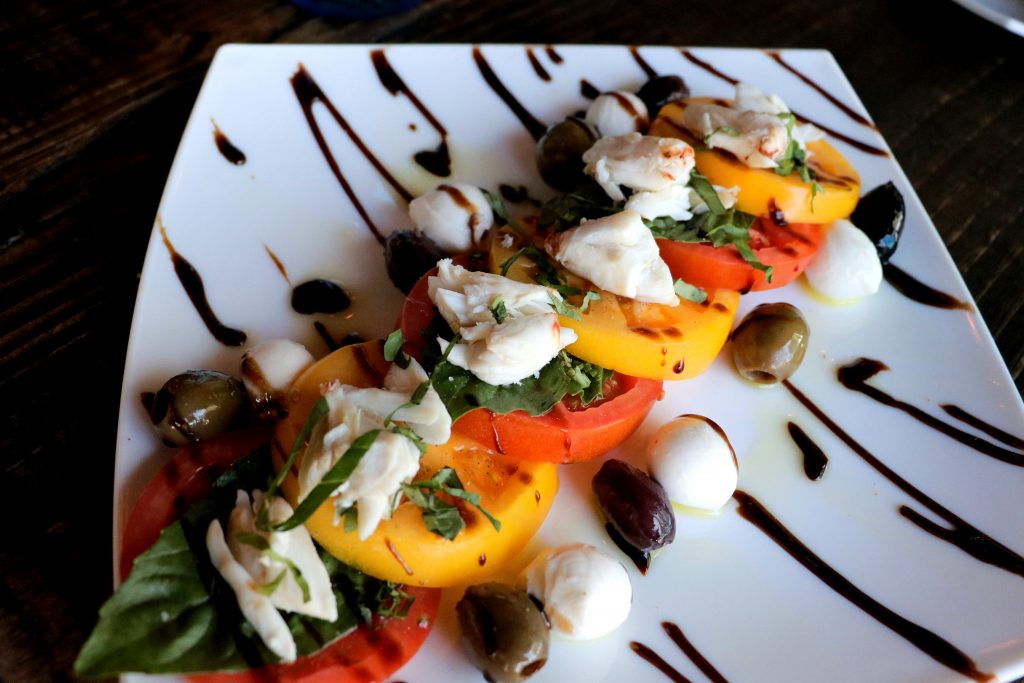 With the recent food and drink pairing craze in full effect, Harrison says the restaurant does an excellent job with beverages.

Blackwall Hitch Rehoboth collaborates with the different bartenders and bar managers at the Maryland and Virginia locations to come up with an eclectic selection, including the Southern Mule, which is made up of ginger, lime, a little bit of peach bitters and bourbon.

Much like many other Sussex County restaurants, Blackwall Hitch appreciates the efforts of local farmers and breweries and uses their products in house as much as possible. The restaurant currently has 16 drafts on the list, 10 of which are from local breweries.

“The area is extremely popular in the craft beer department and craft beer industry, we’re trying to do our put to not only embrace that but offer the beers that people want and those are the local beers, wether it be Dogfish, Crooked Hammock, Mispillian, and obviously being down here you could go on and on, it’s a real neat area for those types of items.”

Blackwall Hitch sits on the Ocean block in Rehoboth Beach, attracting people from all walks of life. Currently, Harrison says as far as clientele goes, the restaurant sees a lot of tourists.

“It’s great, it’s wonderful, it’s keeping us busy, and we had to hit the ground running opening in basically the kick off of the season…keeping us on the ball and on point, and then we know being down here the main goal is to make sure we are doing our job to make sure the locals have a piece of it.”

Harrison says throughout the off-season, Blackwall Hitch will provide entertainment on the weekends, as well as cocktail parties and beer and wine dinners. Keeping the locals interested is a priority to Harrison.

Another way the restaurant plans to keep the customers involved is through customer service. Harrison says customer service is everything and he stresses how important that role is to his many employees.

To Harrison, being in the industry in Sussex County for ten years, he says he’s fully aware and appreciative of the community, particularly the culinary community. Throughout the restaurant’s opening, Harrison says the different restaurants in the area have been nothing but helpful.

“I’ll run over to Blue Moon or a(Muse.) or wherever it is and pick something up or borrow something,” Harrison says. “It’s amazing, it’s great, I could never say enough about it.”

Besides the camaraderie between businesses, Harrison says his favorite part about Rehoboth Beach is the culture and the attitude, recognizing the work ethic of the people as well as their ability to live life to the fullest. 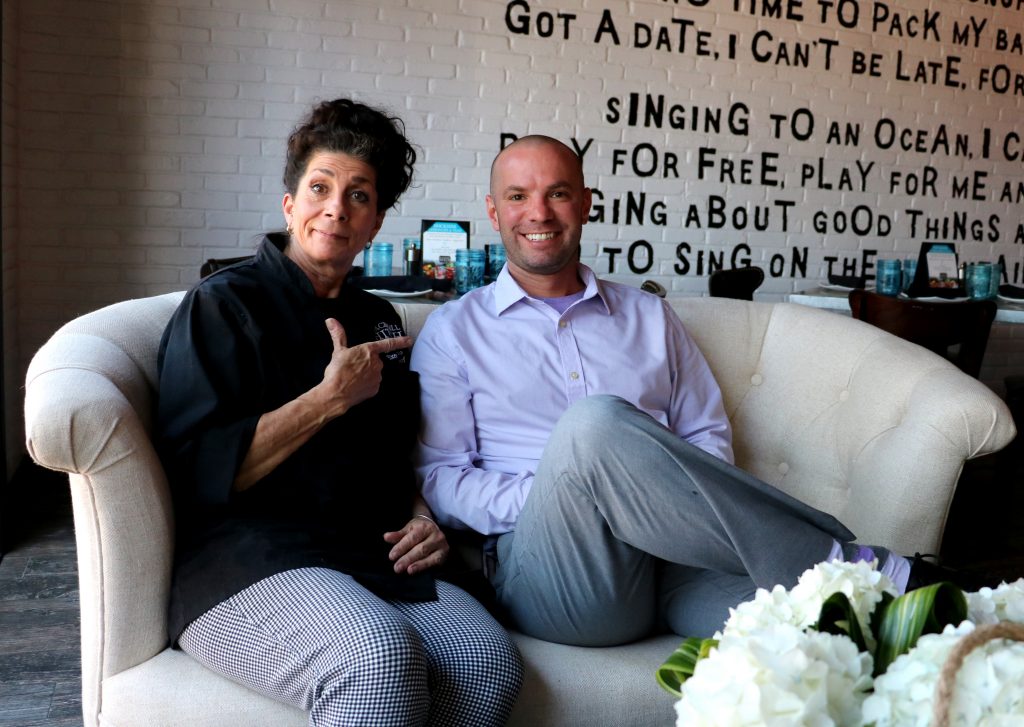 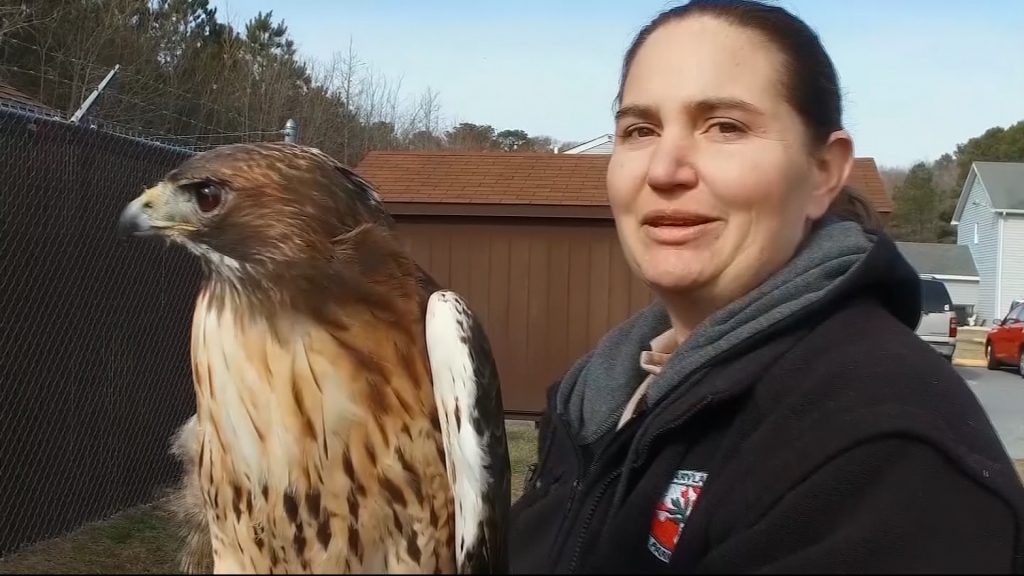 WBOC's Charles Paparella was on Assateague Island and learned[...] 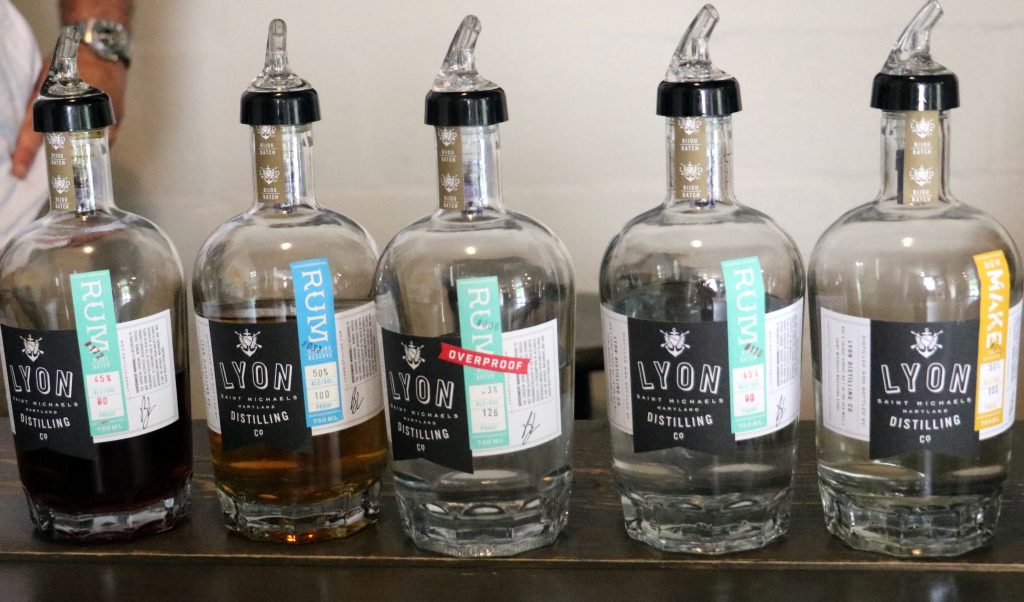