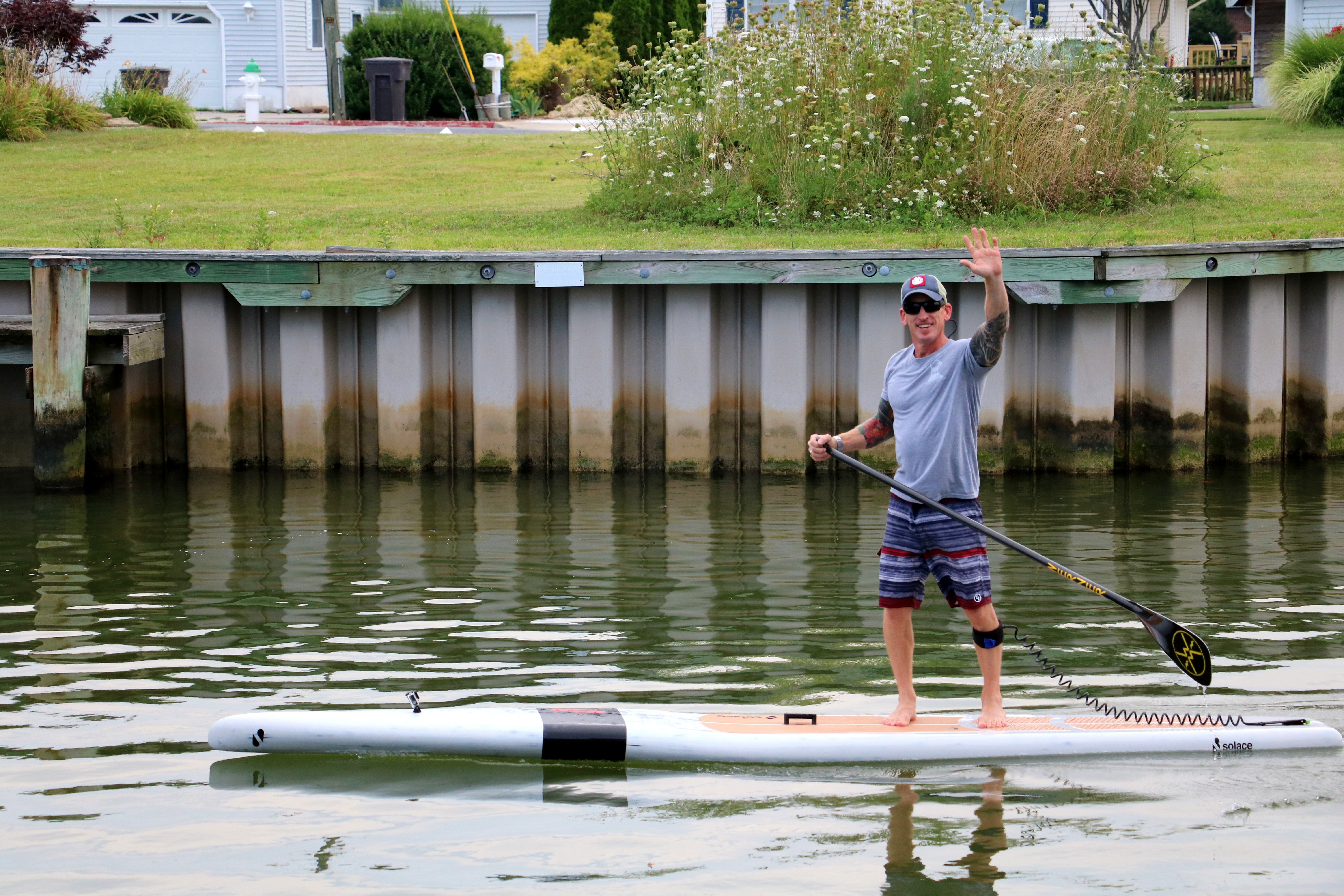 Wayne spends most of his free time paddling through the Maryland and Delaware waterways, although that wasn’t always the case.

Wayne grew up in Clearfield, Pa., spending most of his childhood skateboarding. Growing up on a lake, Wayne was instantly drawn to the water. He would spend three to four days a week in the summertime water skiing, kneeboarding and wakeboarding.

Thirteen years ago, Wayne moved to Ocean City, started surfing and soon after, picked up stand up paddleboarding.

“A friend of mine introduced me to [stand up] paddleboarding so that just kind of took over from surfing,” Wayne says. “I kind of got rid of all my surf boards and I’ve been paddling ever since.”

After getting his feet wet, Wayne realized stand up paddleboarding isn’t just floating around in the bay. In addition to the relaxing aspect, there’s paddleboard surfing, paddleboard racing and prone paddleboarding.

“There’s just so many different areas of paddleboarding now,” Wayne says. “It’s specialized and now I just try to do all of them. I have seven boards myself and they range from the smallest surfboard, to mid size surfboard, up into the touring boards and racing boards.”

“It certainly takes years of practice and a lot of dedication to get fast,” Wayne says. “It takes a lot of practice, a lot of hard work.” 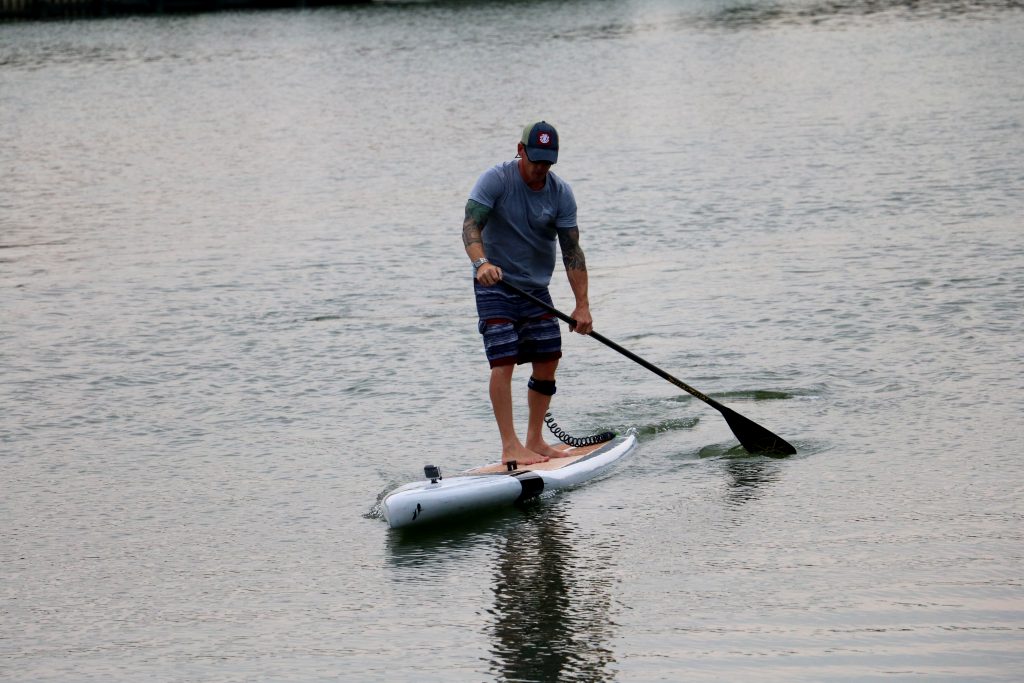 When Wayne started out less than a decade ago, he recalls not being interested in the racing aspect of it. His lack of desire to compete came from his lack of knowledge on the sport and its competitions.

“I just didn’t know much about it, and about three years ago is when I went to my first race. I went as a volunteer, I helped out and I got to see the different shapes of the boards.”

After volunteering at his first race, he was hooked. Shortly after, Wayne’s friend asked him to compete in his first race, which just so happened to be a 25-mile competition known as the SEA Paddle NYC. At the time of the proposition it was May and the race was in August. Wayne was up for the challenge and decided to train nonstop for the few months leading up to the event.

The 25-mile race starts at the Brooklyn Bridge, goes seven miles up the East River, takes a left turn, follows another seven miles up the Harlem River, and veers left one more time for another 12 miles down the Hudson River until the competitors reach the Statue of Liberty and then pull into Chelsea Piers.

Although Wayne admits the race was tough, and being in mid-August extremely hot, he says a certain someone kept him motivated the whole time.

“My mom was at the race so she was waiting for me at the finish line and that was huge motivation for me to keep going and do as well as I did,” Wayne.

Another motivation for Wayne is of course, finishing.

Wayne’s love for the water and the sport have kept him training for the past year for the 2016 SEA Paddle NYC. He will make his way to the NYC waterways this month, competing on Aug. 20.

To support the cause, visit seapaddlenyc.dojiggy.com/ng/index.cfm/13490/regPages/pledge/waynebest.

The 25-mile paddle around Manhattan race, also known as SEA Paddle NYC, was created in 2007. Currently, SEA Paddle NYC is one of the premier SUP and prone paddle events in the world.

SEA Paddle NYC is an internationally-renowned charity event, serving as the Surfers’ Environmental Alliance’s primary fundraiser. According to race organizers, the paddler fundraising, corporate sponsorship and ancillary events, have raised the organization more than $2.35 million for environmental preservation and numerous autism non-profits. The event was recently honored as the “2013 SUP Awards Top Philanthropic Effort” by SUP magazine, organizers say.

Travels With Charlie: A Look Inside the Somerset County Fair

On this segment of travels, Charlie takes us to the[...] 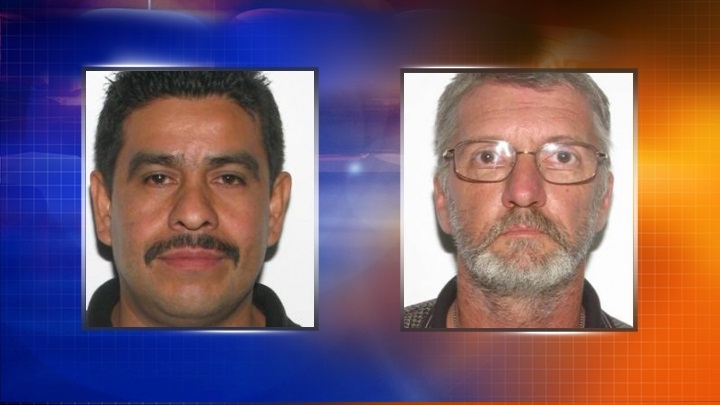 The Worcester County Sheriff’s Office is asking the public’s help in locating[...] 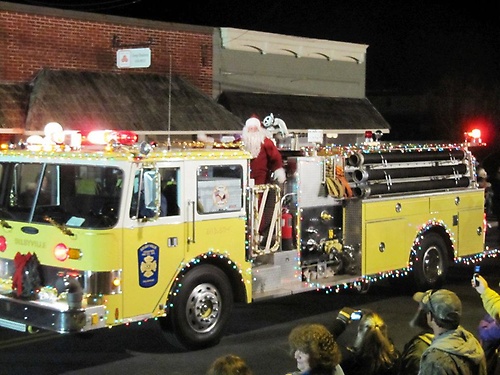 Here is a list of Christmas and holiday parades happening[...]