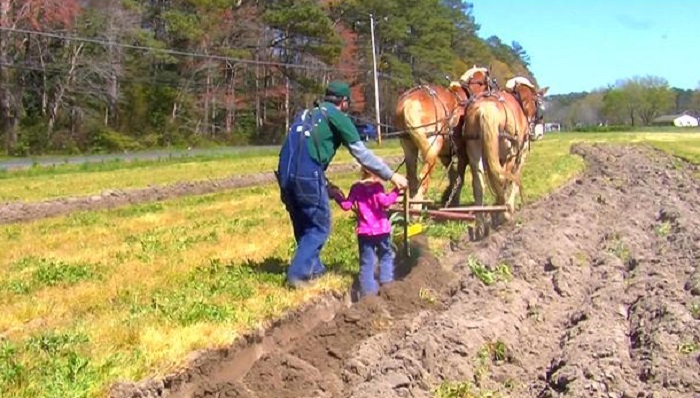 Take a step back in time to experience the traditional ways of agriculture on Saturday, April 1 at the 11th annual Mt Hermon Plow Days event in Salisbury, Maryland.

The long-time event has become a tradition at Adkins Farm Market on Mt. Hermon Road, offering wholesome and educational fun for the whole family, with free admission.

Mt Hermon Plow Days is an annual family-friendly event that showcases real horse power at work while providing an appreciation for the early methods of agriculture.  Farming with horses was a way of life for most families until tractors became more common in the 1940’s.  Until then, the horse was more than the family pet – it was a valuable asset.

According to Oren Perdue, Plow Days’ coordinator,  the event started with just four teams of horses plowing. Over the years, the numbers have increased immensely.

“I don’t know how you rate success, but the people come so that says something,” Perdue said.

Introduced last year, the showcase, “A Day in the Life of a Plower’s Wife” will be displayed again, revealing the chores and activities that were accomplished in the 1920s-30s. According to Perdue, this feature was a great hit last year.

“Adults and children alike are intrigued by the use of the antique appliances and how different everything was back then,” said Perdue.

One of this year’s plowing highlights will be performed by Mike Atkins from Lucasville, Ohio.

Atkins will be demonstrating how to plow a competition plot.  He has won the three horse sulky plow division of the National Plowing Competition for the last eight years. His demonstration will begin at noon.

According to Perdue, this year’s draft horse competitors include teams from West Virginia, Ohio, Salisbury, Md., Cambridge, Md., as well as Western Maryland.

In addition to plowing, disking and harrowing, the audience can expect dragging, cultivating and harness demonstrations. But that’s not all. Perdue says there is fun for the whole family.

There will also be a petting zoo, pony rides, wheelbarrow races, wagon rides, corn shelling, and plenty of old-fashioned farm games, according to Perdue.

In addition to the activities and demonstrations, WBOC’s own Charlie Paparella and the Olivet String Band will be performing. 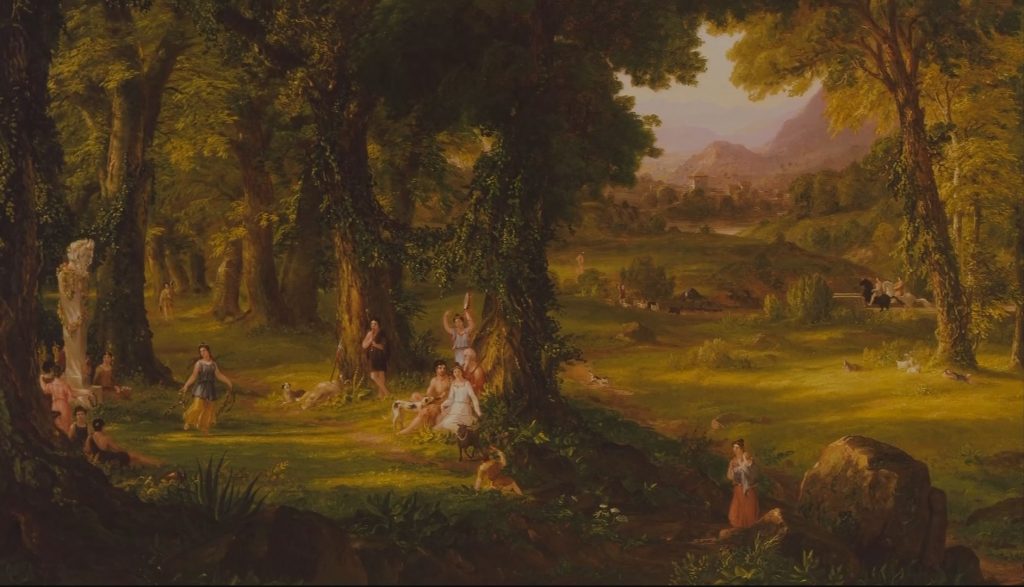 Travels With Charlie: “The Golden Age Was First; When Man, Yet New”

WBOC's Charles Paparella gathers paintings from centuries ago that[...] 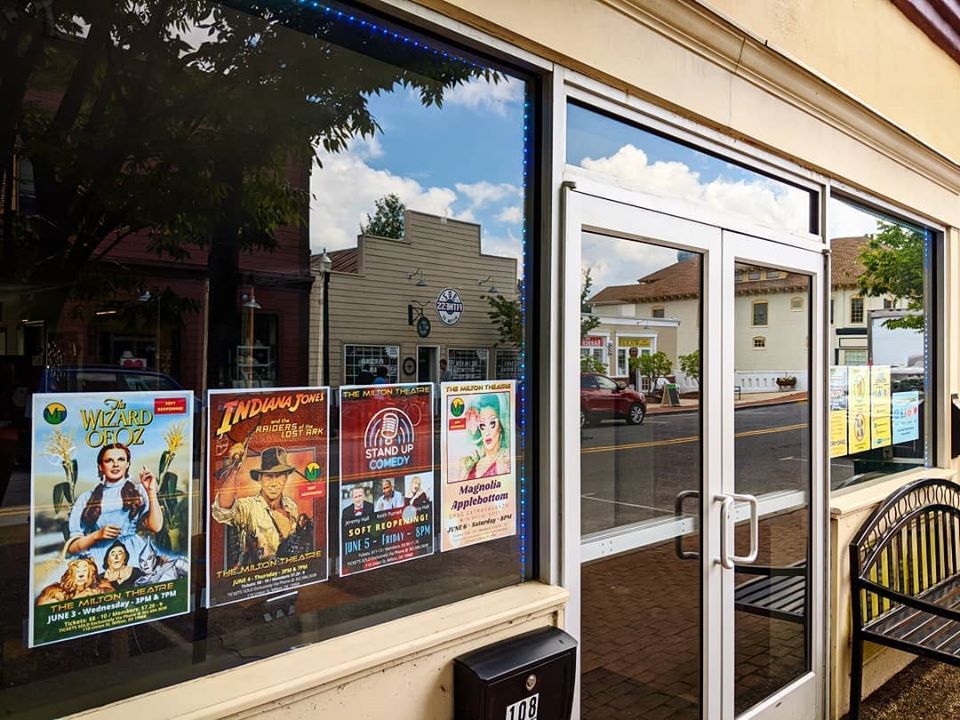 Many of the places on Delmarva that we know and[...] 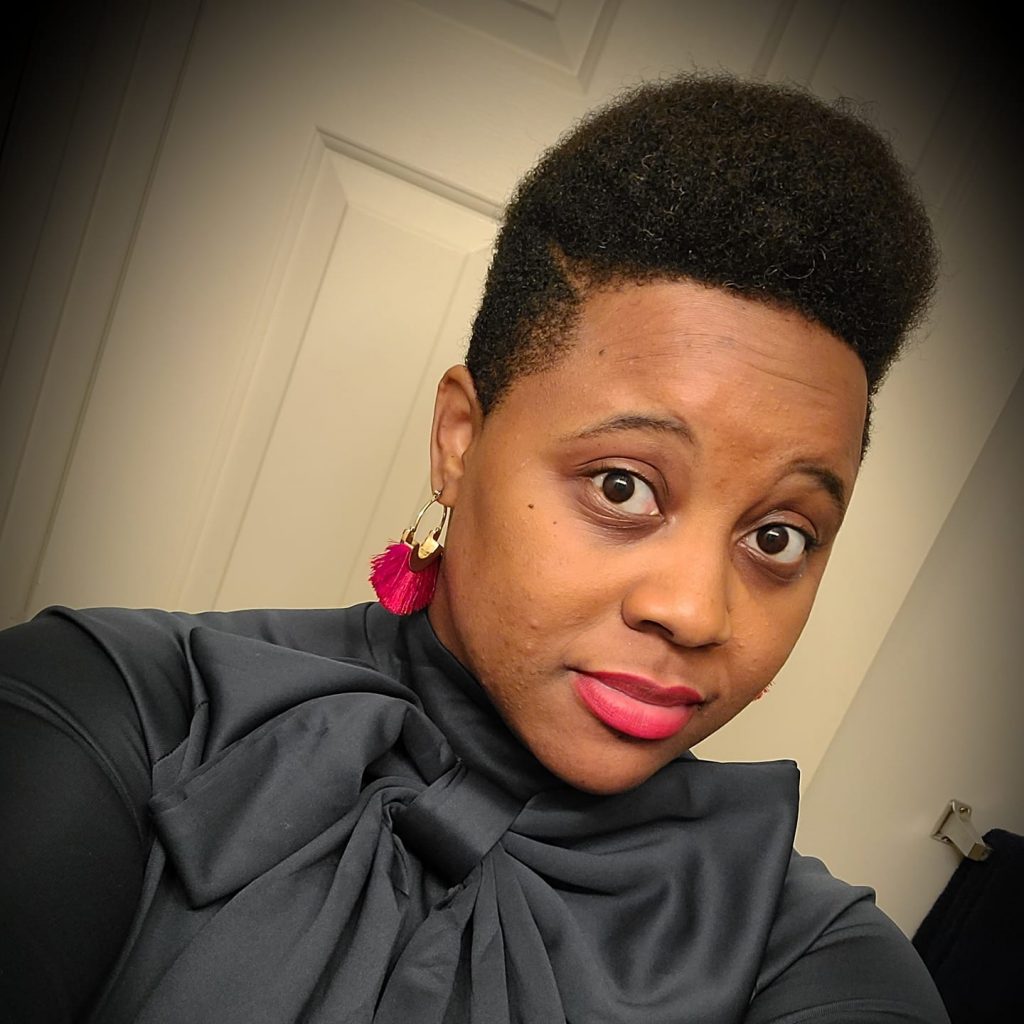 We share with you the beautiful voice of Ashley Purnell-Foreman.[...]